On Tuesday, June 18, 2019, Frankfurt School officially inaugurated its new high-tech beehive. As an intern in the corporate communications department, I had the chance to accompany  Hessischer Rundfunk film crew , covering the new bee-project. The Hessischer Rundfunk is the public broadcaster for the German state of Hesse. Shooting started at 9:30am with two camera men, one of them an expert in drone footage, and a journalist. The journalist’s interest in the topic at hand was great and so they kept on filming and asking questions until 3pm. Antonio Gurliaccio, the professional beekeeper taking care of the beehives at Frankfurt School, was keen to answer all questions and did so always with a smile on his face.

Antonio has all reasons to be happy because he is now also looking after a new, high-tech beehive. Equipped with state-of-the-art cameras and sensors it takes bee monitoring to a new level. Data on light-intensity, rain, fine dust, weight and bee-activity are measured. This data is made available online so anyone can, with the help of live-data and video, keep track of the bees. The project’s goal is to increase awareness of the importance of the honeybee amongst students.

There is a total of 370,000 plant species worldwide, out of which 170,000 are pollinated only by the honeybee. Humans know of about 20 million different insect species which pollinate plants, but there are only nine different species of honeybees. Consequently, these nine honeybee species have a “pollination market share” of almost 50 per cent, which is quite impressive. The importance of the honeybee is huge and we would not know of most of the fruit and vegetable varieties without it. The honeybee has systemic importance; it is too big to fail. That is why we have to do something to strengthen the honeybee population. The new beehive is another initiative to bring honeybees into cities, not only to improve the environment, but also to do good for the people living in the cities.

Our life today is not possible without the honeybee. That is why its preservation is of great importance. With this project, the university sets an example and underlines its future-orientated alignment.

Global warming has a serious impact on our environment. We experience these frequently with blazing hot summer days or severe storms throughout the year. Bees are much more sensitive to changes in whether and so the impact they experience is much greater. Young people who participate in the Fridays for Future march, have recognized the magnitude of the negative impact on the environment, just as Frankfurt School has. The first steps were taken one year ago through the inauguration of the first four beehives. The bees feel comfortable in their new homes surrounded by green, flourishing roof gardens and can regularly be seen flying around on the campus outdoor space. 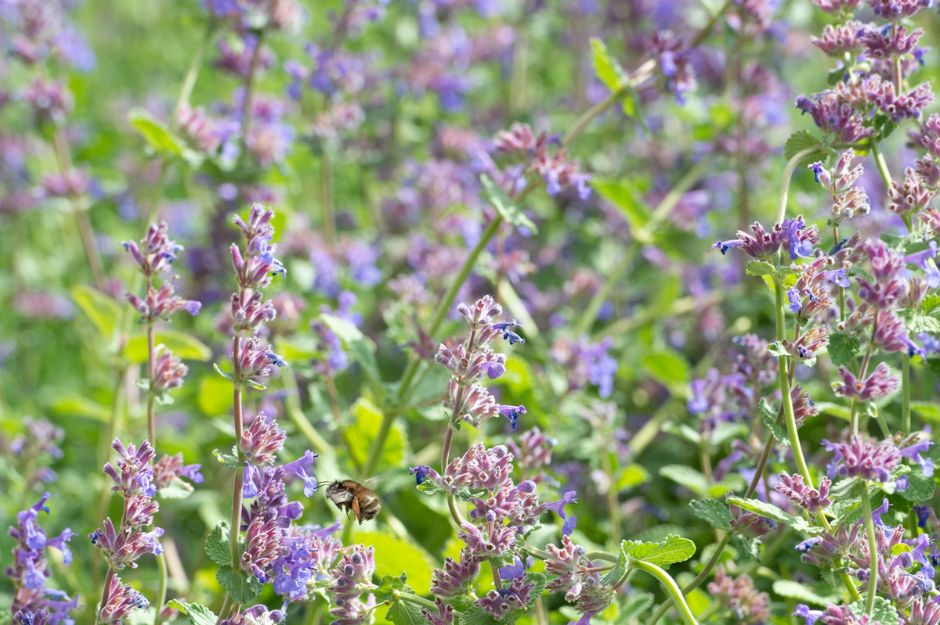 Hessischer Rundfunk is going to broadcast a report about the project, in order to raise its awareness. Frankfurt School sets a good example and I hope that other institutions and companies will follow. We study at Frankfurt School to have a positive impact on our future and we should take the same approach when considering the environment we will in. Prosperity goes hand in hand with an intact environment and we cannot prosper without it. We need to preserve our environment and preserving it means to take action.