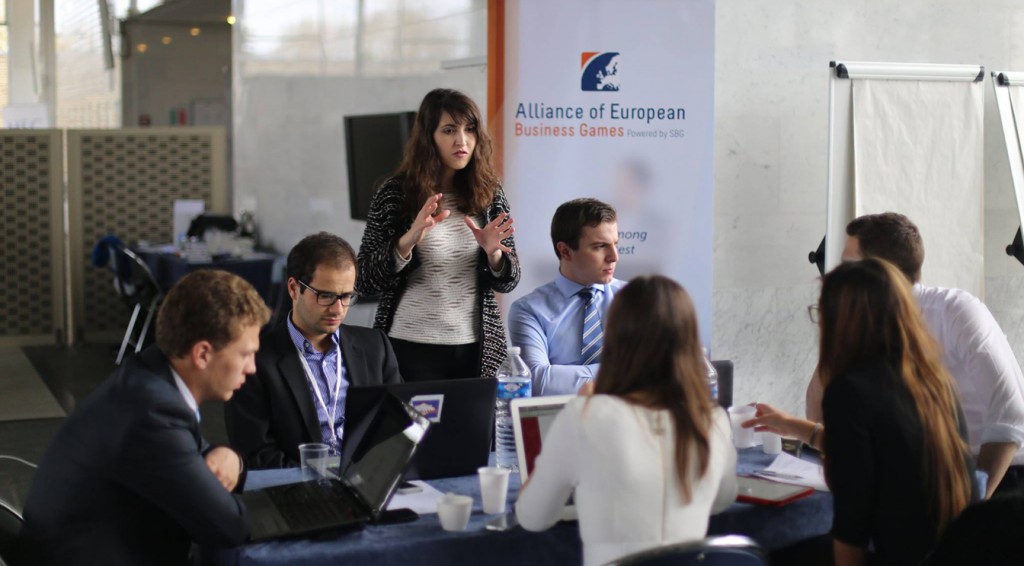 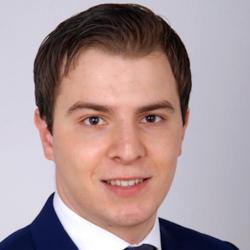 This blog was co-authored by my teammate Pascal Ulrich (MOF ’16).

The application to the HEC Business Game 2015 consisted of three short cases with several multiple choice questions which we had to solve within a given timeframe of 2 hours. The questions mainly dealt with different approaches regarding the analysis of companies and a logic interpretation of given statements and data. A few days after we submitted the test, we received an e-mail with positive feedback confirming our participation at the Business Game. We immediately started planning our trip to Paris by getting in contact with Frankfurt School students who also participated in the HEC Business Game. After evaluating all possibilities on how to get to Paris, we decided to go by car with another Frankfurt School team.

On Friday morning, directly after a short breakfast with delicious coffee and French croissants the Business Game 2015 was officially opened by a member of the organizing team and two speeches held by representatives of HEC University. With all the instructions needed for the next two days, we were ready to start our first challenge, the M&A challenge, that was briefly explained by three employees of Crédit Agricole. As we already had extensive lectures about valuation as part of the Master of Finance at Frankfurt School we were especially excited about this challenge.

For this challenge, we were given a total of 4 hours’ time to solve the problem and discuss with another group also existing of 6 persons in total to close the deal. First, we started by evaluating the target company and created a strategy with our team of two teams from Bocconi and Rotterdam Business School. Our aim was to sell the company for the highest price possible, which is why we were thoroughly investigating the figures to match our strategy to have a strong basis in the upcoming negotiation part. The fact that our team members were studying marketing respectively international business helped a lot as with our financial background we were able to examine the problem from different points of view and thus form a profound basis for the negotiation. In the second part of the challenge, the price was negotiated in a vivid discussion with a team that as buyer was interested in our company. We had to record the whole negotiation process and come up with a contract in which all the major points were covered. The challenge was followed by a short and sunny break outside.

The Corporate Evolution challenge in the afternoon was the second challenge of the first day and was hosted by Lufthansa. This challenge was completely different from the first one as we were not given any material to work with but only had the task to develop an idea for a digital marketplace. Therefore, the approach had to be completely different and we were forced to think outside the box to come up with new and innovative ideas. Once we submitted our presentation, the official part of the first day was over. Dinner and drinks served on the HEC campus were the starting point for numerous conversations to exchange about the impressions during the day and to get to know each other. 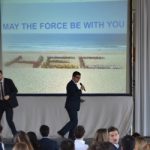 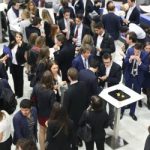 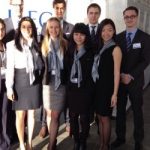 Saturday morning started quite early after a relatively short night. For the first challenge of the day we were once again supported by Lufthansa but this time had to tackle an innovation problem. This challenge was the only one during the whole event with 2 teams forming a group. Luckily, this time we were in a team with Samantha and Marius from Frankfurt School who already had a lot of experience solving cases at business games. This challenge lasted the entire morning and was a lot of fun as we had to come up with our idea of working in the future taking into account the technical advance and how this/it is going to affect the corporate structure and business model of Lufthansa. Since we were able to develop a compelling idea we managed to be one of the teams to present their idea in front of the Lufthansa team.

The last competition of the event was provided by the French company Lagadère and was probably the most challenging one as not everybody was familiar with this company. As the company is diversified in the media and rights business for sport events like the Soccer World Cup we were given the task to come up with a strategy to generate new revenue streams in one of their businesses. For this challenge we were again working in teams of 6 people and were discussing a lot about several ideas to find an innovative solution.

Directly after the end of that challenge we were informed that our group qualified for the final presentation round of both Lufthansa challenges. The first presentation started without any delay and was directly followed by the presentation of Lagadère. Afterwards, we had a lot of time to prepare for our last presentation, allowing us to get well prepared and present our idea in front of the jury. Unfortunately, at the following closing ceremony when all the winners were announced we were told that Frankfurt School teams were unlucky resulting in neither team winning a challenge. Nonetheless, the experience of handling the interesting challenges, developing great ideas and meeting people from other universities throughout Europe was unique and we have all enjoyed it very much.

Finally, on Sunday morning we got up quite exhausted, checked out of the hotel and spent a nice and sunny day at the gardens of the chateau in Versailles which are located only a couple of minutes away from the HEC campus. All of us have really enjoyed the trip to Paris, as well as the challenges of the Business Game and would thus recommend you to also take part in such a challenge! If you are interested in taking part in one of the business games, all you have to do is to register and upload your CV to the online platform of one of the respective Business Games. After solving an online case, which takes around two hours, you will get confirmation within a couple of days whether you got accepted. Good luck!