How the Corona crisis will affect blockchain ecosystems 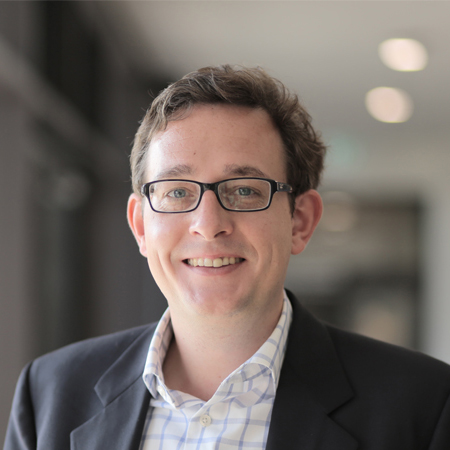 Prof. Dr. Philipp Sandner
Head of Frankfurt School Blockchain Center
Prof. Dr. Philipp Sandner is head of the Frankfurt School Blockchain Center. In 2018, he was ranked as one of the “Top 30” economists by the Frankfurter Allgemeine Zeitung (FAZ), a major newspaper in Germany. Further, he belongs to the “Top 40 under 40” — a ranking by the German business magazine Capital. The expertise of Prof. Sandner in particular includes blockchain technology, crypto assets, distributed ledger technology (DLT), Euro-on-Ledger, initial coin offerings (ICOs), security tokens (STOs), digital transformation and entrepreneurship.

The Corona virus crisis is also affecting the crypto market. In this short article, I seek to present some thoughts about the effect of the Corona virus on the blockchain sector — including startups, corporates and Bitcoin. The key thought outlined below is that established startups — those that have gained some visibility and B2B contacts — now can build on these contacts because initial trust between human beings after first meetings or workshops is there. Social Distancing now will lead to the fact, that newly founded startups or foreign startups will have hardly any chance to tap into the local market, because people cannot meet physically anymore (no meetings, no workshops, no Meetups, no conferences) such that initial trust between human beings cannot be created. This leaves established startups the chance to build on existing relationships and potentially grow — if they can survive for some months without funding. Already built personal relationships between business partners now act as a “trust hurdle” that cannot be overcome by new entrants.

In general, blockchain startups are facing challenges in the current situation. Funding rounds become difficult or even impossible. The budget of larger companies will be increasingly frozen. Especially startups in the B2B sector will have difficulties with sales activities. The events and conferences, which are crucial for startups, will be cancelled for months. This means that an essential function of conferences, where startups can present themselves and establish important contacts, will be lost. However, this also depends on the individual case: startups will probably find it easier to do business in the field of crypto currencies than those in the field of enterprise DLT.

A blockchain startup which now tries to sell a prototype to a large corporation will have a hard time. Larger companies (i.e., collaboration partners, customers, PoC partners) will keep their powder dry and change their priorities harshly. What they do not necessarily have to do will be postponed. Innovation and orchid projects such as prototype development might be halted or postponed. In other words and not surprisingly, it will be a tough time for startups. What will be outlined below is extremely important: Not all startups will have a hard time; for this purpose, the blockchain startups must be divided into two segments.

Established startups: there are even chances

These are startups that have existed for some time and have made a name for themselves here and there. Contacts were established at conferences or in various workshops. Trust has been built up through initial personal discussions. These startups will have it much easier, possibly they will profit from the crisis — provided they can survive a few months without new funding. Even more so, established startup might even have some unique chances out there.

Here is the key thought: Social Distancing — now demanded all over the world by the Corona crisis and implemented within days — leads to the fact that startups not yet present in their own country (e.g. foreign competitor startups or newly emerging competitors) no longer have a chance to gain a foothold in their own country. Established startups, on the other hand, who have already established contacts, can intensify these contacts despite social distancing, also with video or telephone conferences. There are still companies that want to push ahead with blockchain projects (e.g. small profitable banks, possibly agile medium-sized companies). These will work with the startups they already know. New startups (e.g. just founded or entering the local market from abroad) have no chance in this scenario. In this respect, the Corona virus can act as a significant hurdle for established startups, analogously it can be a significant hurdle for newly entering competitors.

Effects of the Corona crisis on Bitcoin and the crypto market

It is already clear that Bitcoin can be transmitted without limits, without shutdown. Even during the terrible last few days, the Bitcoin network has reliably produced a new block every 10 to 11 minutes. It is resilient. I think more and more people understand this. Many now have that lightbulb-moment that the resilient Bitcoin network cannot be stopped by anybody, not by a virus, not by institutions. The same is true for other crypto currencies such as Ethereum. Of course, we had network congestion and scalability issues remain. But nevertheless, the decentral networks in the form of e.g. Bitcoin and Ethereum have now proven to be resiliant to stress.

Furthermore, Bitcoin can be considered “digital gold”. The price drop we saw last week is the result of a supply shock caused by de-leveraging and of course by fear (especially liquidity fears). It is reasonable to argue that the price of Bitcoin could rise after the current price decline. Especially if an economic crisis arises, Bitcoin could show its advantages. For this, however, Bitcoin must be better understood by investors. This education on a broad scale will take time, at present everyone is still in shock. On a broad scale, people are still skeptical about Bitcoin, but this skeptics can only be overcome by digging into Bitcoin, by education. In my opinion that is why the Bitcoin price has decreased as nearly any other asset and has (not yet) risen.

It is already noticeable that companies are beginning to change their priorities harshly. Budgets are frozen after only a few days of Corona virus in Germany. Even more so, the employees in companies must first learn to work digitally. Decision and governance processes have to be restructured if employees work in the home office or are completely absent. Corporate Germany now becomes 100% digitally, learning it the hard way. Of course, this will take some time and will freeze resources.

Of course, it needs to be assessed individually but on average it can be said that larger, more traditional companies will have enormous adjustment problems — at the expense of new projects if they are not vital. Those who are fast and agile (e.g. a small banks, focused financial service providers, agile medium-sized businesses) can use this to their advantage. Those corporates and organizations who are large and slow, and those who also act very formalistically (think of the physical signature folder used or physical printed documents to be signed), might be very slow or even unable to adjust to the new situation which we now have to accept for 1–2 years.