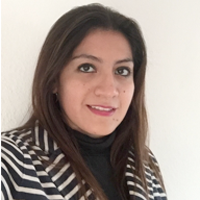 Maria Fernanda Rodriguez
MIB class of 2017
Frankfurt School Master Student, Master on Marketing Graduate born and raised in Mexico City. I have a very strong passion for Marketing, Digital Economies and Strategy Development. I have had the opportunity to work on the Consumer Goods sector and I want to fulfill my knowledge with international experiences by getting to know different markets dynamics.

More Blog Posts
What is it like to study abroad in Australia?
Bachelor of Science / 15 June, 2020
How a Master thesis can get you the right job
Master in Management / 14 May, 2020
3 good reasons why you should apply to a business challenge at least once
Awards / 20 April, 2020

On November 1st, a group of 6 MIB students woke up really early to catch the first S-bahn to the airport and start the trip for our regional specialization.  We were really happy to leave cold and rainy Germany, and excited to arrive, 15 hours later, in the sunny and warm Rio de Janeiro.

Welcome to Brazil, the country of Samba, Caipirinhas and Football, were the first words we saw on the airport, which by the way, are pretty much all the words that the world relate to Brazil, therefore, I wasn´t sure what we were going to experience and get to know.

For those who want a little introduction to the city, Rio de Janeiro is the second-largest city in Brazil, the sixth-largest city in the Americas, and the world’s thirty-fifth-largest city by population. The city served as the capital of Brazil until 1960, when the capital was transferred to Brasilia, reason why big companies, such as Petrobras, still have their headquarters in there.

The schedule started with an interesting talk with Marcelo Guedes Roque, who is President of the Business Council of Young Entrepreneurs in Rio de Janeiro, CEO and Investor of several companies, who described the way of doing business in Brazil, the high amounts of taxation and the procedures for opening a business in Brazil. After this, we had a tour around Rio and took the cable car up to Sugarloaf, one of the highest mountains in the city, where you can experience a unique panorama, afterwards some of us decided to go the giant statue of Christ the Redeemer at the top of Corcovado mountain and after a long and sunny day, we all met to have dinner and enjoy the famous districts of Copacabana and Ipanenma.

During the second day we went to our partner university, FGV (Fundação Getúlio Vargas), where we listened to an interesting presentation about the relevance of Tourism in Brazil and how it has developed (economically and socially) after the execution of 5 mega-events in Brazil (World Cup, Olympics, Young people meeting with the Pope…) while enjoying some traditional Pao de Queijo. Later, we went to GIZ (Gesellschaft für Internationale Zusammenarbei) where they explained the  projects (Germany and Brazil are working on together),  such as protection and sustainable use of tropical forests, as well as in renewable energy and energy efficiency or even a program for helping education in Brazil through sports training.

The last day at Rio, we went to the Museum of Tomorrow, located in the heart of the Olympic Village, which was built two years ago in response to the need for change and avoid climate disaster, environmental degradation and social collapse.  Finally, after some free time we started our transfer to Paraty.

Paraty is a preserved Portuguese colonial and Brazilian municipality. It is located on the Costa Verde (Green Coast). Has become a popular tourist destination in recent years, for showing the varied and diverse Brazilian culture, result of the mixing between Portuguese and African migrants. All of these different influences have meant that the modern-day Brazilian culture is unique and very complex. The first day we had the opportunity of going on a jeep up to the tropical forest and waterfalls, where some of us even slid into the water. Afterwards, we went to two Cachaça´s distilleries to see the preparation of this famous drink and of course, experience different flavors; the day ended with a little tour around the city. The next day we relaxed in the city and prepare our transfer to Sao Paulo.

Sao Paulo…THE city. One of the world’s biggest metropolises. With 17 million habitants, is the cultural and financial capital of Brazil. A MUST to go city, especially if you are an international business student.

During the first day we had a tour around the city, where we visited Av Paulista, the center, the cathedral, the Japanese quarter and The Stock Exchange, which is the biggest one in South America, and watch a little video of the transactions performed in there. During the afternoon, we went to the Annual Startups and Entrepreneurship Conference, which is an event created to bring content, networking, and business opportunities for + 6,000 entrepreneurs. We had the opportunity to listen to national and international speakers talking about digital economies and IT Brazilian development as well as talking with entrepreneurs in new industries in the South Cone.

On the next day, we had an interesting talk with Paulo Salvador, Distribution director in Accor Hotels (the group that manages hotels like Mercure, Ibis, Intercity…), mostly about cultural environment, the challenges of facing an increasing competition in the hotel business mainly driven by Airbnb and how tourism is helping Brazilian economy, after all, using his own words, the worst enemy of strategy is culture. Later we went to JLL (Jones Lang La Salle), where we had a conference about compliance, Brazilian different regulations in comparison with LATAM (for example, employee laws), and how to assure the implementation of the American compliance strategy within the country.

Finally after 9 days, the last day arrived. We woke up really early and went to TOTVS, one of the largest ERP providers in the world and leader in Latin America, with over 50% market share in Brazil. They explained us their process of providing business solutions to enterprises of all sizes with integrated management software, collaboration and productivity platforms, as well as consulting services. Once in there, we went to the LAB to experience the process of developing software, which believe it or not, starts by matching LEGOS!!

I mentioned before I wasn´t sure what we were going to experience and get to know when landed into Brazil, now I know, is the culture, the people, their charisma, the effort placed in everything done that makes the Latin culture so special, and you can experience this particularly in Brazil, due to their enormous size and diverse population. If you are interested on the MIB program, I encourage you to pick LATAM specialization and not only enjoy a great climate and delicious drinks, but also a diversified and unique environment in the world!!