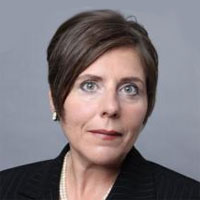 The people before me were not the Bremen Town musicians – although my story is very much a Brother’s Grimm fairy tale come to life. No, in the twilight of an early fall day, I saw people who were about to become my classmates.

As the music began at the opening ceremonies for the new year at the Frankfurt School of Finance and Management, my gaze swept the large hall of the assembly – EMBA students, regular MBA’s, undergraduates or one of the “mix”- and I was filled with a heady rush of emotions.
The overwhelming feeling was an intense sense of accomplishment, even to be here. For many reasons.
I am still an Auslander, by legal definitions, but Deutschland has always been mein Heimat. I am the direct descendent of a prominent Jewish family who lived in and around Frankfurt and its environs for hundreds of years. In the 1930’s, some fled early, some late. Some never made it at all.
Those who survived and once had money, lost it. Those who had privilege and prominence often were not able to regain it, no matter their educations or qualifications in the land they left. They were all, at some point, directly faced with life-threatening situations, stripped of a home and society, along with the rights, privileges, rank and authority that comes with it. No matter the outcome of their stories though, none of them ever returned to be a part of the new Germany. In person at least. But no matter where they ended up, they all carried magical memories with them that they saved, apart from the Rest That They Would Never Forget. And as much as they would never tell me about such things in their native tongue, all of them gave these gifts to me as an image of unrealized hope in the face of a genocide for which there was yet no vocabulary much less language.

The land of my forefathers

It was in this space that I learned of a wild and beautiful Germany of castles and black forests, steeply sloped Rhineland valleys and crystalline Alps, not to mention of course, dashing Deutsch princes. I infused through direct access, a vision of a land of learned discipline, a centre of history, law, science and entrepreneurial innovation. I inherited a strong internal picture of the country as a result, including its darker periods, as one whose culture still influences if not tracks the most basic DOS of our understanding as humans of art and history and music.

And now I am here, in the land of my forefathers, in the city from which my family made their daring escape, obtaining my long-delayed graduate degree in one of the country’s best business schools and integrating myself into German society and its economy in the best way possible. As a result, I may not look like it, but I am, in my own way, as much of a “refugee” as those who now flood Germany’s borders far beyond Frankfurt, but as close as München. As long as my journey has been to get here, if not the multitude of echoes that inspired it, I am of course more fortunate than those who cling desperately to spaces in railway cars, and huddle in camps along their as-yet unrealized route to freedom. But I have had my share of tight scrapes and close calls. Quantified risk is the stuff business leaders must always assess if not meet. Us Auslanders are often highly innovative entrepreneurs and problem solvers. We understand, quite viscerally, the concept of “change management.”
We have had to master such skills to get this far by the time you meet us. As strange a thing to say as it may initially sound, I also think that such experience has given me an optic that will fit in well with my new classmates. I knew that already, from our first brief introduction in the hours before the opening reception.

I am so different, yet I have never felt so at home. I am now part of the EMBA class of 2017.
And the thought is not so strange, really. It is just another way of saying that I have never been amongst such a group of intensely diverse people. We are aged from our mid-twenties to our early fifties. We are from every imaginable industry and profession. We are from all over the world. That creates an incredible energy, creativity and bond, through the differences, that is palpable and everyone can feel and see it already. We are all highly unique in our own ways. That is why we are here.
Yet I am also not the only Jew, not the only Auslander who sees Germany as a new home, not the only one who has lived in more than one country or even two. Not the only American expat. Not the only “German” in my own way if not European. And certainly not the only woman (we are almost half the class). I am reflected, in odd shards, through the prism of many, and they through me. It is the first time this has ever happened.
Our first weekend of team-building at the Lufthansa Seeheim Centre only confirmed this. As we, a polyglot Breakfast Club, from every corner of the globe, learned to trust and communicate with each other in the common language of Denglish and something else I have yet to find a name for, it hit me how much Germany has changed. Yet it has also refound a soul and a spirit and a voice in its own trials and tribulations over the past century which calls clearly to millions across the globe. It called to us – this group – making up the new, English language, EMBA program here.
A week later, as I sat in the assembly hall of the

European Central Bank and listened a policy overview of the ongoing  euro crisis – as threatening in its own way to global stability as any dark cloud of the 1930’s – I also felt the incredible sense of privilege and responsibility that comes with such access. Sustainable economics are far more to me – and to the people around me – than financing green houses or building windmills – energy producing or any other kind. They are about helping to create a world where economic opportunity and civil justice – no matter who you are or where you come from – is yours if you work to create it. And that the kind of economic trigger that directly caused the rise of the Third Reich never occurs again. Anywhere.
That is a message and a theme if not an ethereal music that is easy to hear. It surrounds me here – along with my classmates – as we prepare for our own initiation and mutual path for a period which will bond and change and unite us as a class within a wider community as much as it shapes and prepares our individual future steps. Wherever they take us.
And I, as a prodigal daughter, returned home, take up that call and challenge.
Thank you, Frankfurt School, for making this part of my own personal fairy tale possible. The journey begins.