I am from a small suburb south of Atlanta, Georgia. My entire life, no matter where I’ve lived, I can remember my family having at least a small vegetable garden in our yard. As late April came and went in Frankfurt and the weather started to slowly turn warmer, my natural instinct was that it’s time to plant something. However, looking around the surroundings of my apartment led me to the devastating conclusion: I am surrounded by concrete and asphalt – the city. I tried to forget the idea, to accept that I was in the asphalt jungle now rather than nestled in the dense woods of middle Georgia. Unfortunately, every shop in Frankfurt also knew that it was time to start gardening and plants and tools covered every advert. I couldn’t shake it. I had to find a way. While out jogging one day, I ran past the site which will become home to Frankfurt School’s New Campus. Green space. Everywhere. Seemingly uninhabited. Could this be my solution?  The next day at work I approached someone I thought could help, “Herr Jungmann, I have a strange question. Would it be possible for me to grow a small garden on the new campus?” Originally, I thought this was a long shot. This idea will surely get shot down somehow.  Granted, it was an odd request. Surprisingly, my request was rather well received – if only I knew how well. Herr Jungmann (Managing Director of the Frankfurt School) explained that he needed to speak with the building planners and that he would let me know. Great!

This area will become the Frankfurt School Community Garden

A couple of days passed, and then I got the news. I would be allowed to grow a garden. Great. However, this was  not just to be a couple square meters for myself and a couple of tomato plants. I was granted nearly 150 square meters of land and charged with started an urban gardening initiative at Frankfurt School. And so it begins.

The Frankfurt School Community Garden is located in the rear of the New Campus at Adickesallee 36. Later this fall, these three buildings will be full of students living in Frankfurt School’s new dorms! The space behind the building was rough at first but covered in grass and weeds – at least something is able to grow here. In fact, I heard rumor that the former Hausmeister of this facility had kept a garden here as well. More ominous, however, were the tell tale signs of rabbits – everywhere. A date was set and a volunteer crew of staff and students worked hard for a weekend and was able to clear part of the land and prepare it for planting.

The land to be cleared

On May 31st, we began clearing the land. Fortunately, it was also the hottest day of the year so far – gardening without pouring sweat just isn’t very fun! After two long, hard days work, several bottles of water, some Powerades, and a couple of ice cold beers, we managed to clear what we decided would be enough space to start planting. I was personally very pleased. The ground is not too hard and the dirt is dark and moist. Now just to make it home without collapsing… 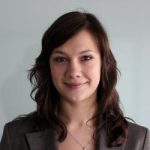 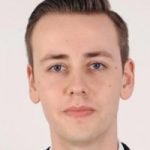