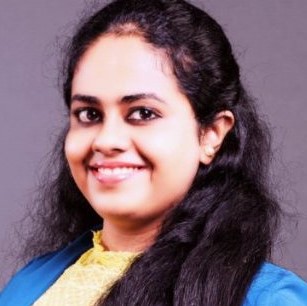 Data Science – the most talked about field of the 22nd Century is a craft which not only requires adequate academic knowledge and exposure but also needs equal contribution from hands-on experience to achieve excellence. Hence, began my journey as a working student at Sopra Steria Consulting along with the Master in Applied Data Science program at Frankfurt School.

How it all began…

In August 2018 I started my Data Science journey at the prestigious Frankfurt School of Finance and Management. Since I had a technical and managerial background this course was absolutely what I wanted to do next. I have known and heard about the field for quite some time; and I was exhilarated to be a part of the Data Science community. As I had been rewarded with a scholarship, as a financial aid to my studies; it was Sopra Steria Consulting who had graciously sponsored 50% of my academic fees. Hence, I had an edge in getting into the market as I had a direct contact with the company.

Later, during the scholarship event hosted at the university; I had an amazing opportunity to meet the HR Manager of Sopra Steria Consulting. He asked me to send in my CV and in a couple of weeks, I met the Business Unit Director along with the Director of Banking-; over a nice cup of coffee where I talked about my profile and expressed my interest in contributing to industrial projects at the Sopra Steria’s AI initiative (Digilab).

Finally, few weeks later I was invited to meet the Senior Manager and his team. It was an amazing experience meeting the people who are experts in the field and who are implementing AI on daily basis. I got the confirmation that I would be part of the team a week or so later.

My experience at Digilab in a nutshell

After a warm welcome, I spent the first few weeks at the lab by investing my time and effort in understanding the company and its operations, and their on-going projects and in the process picking my area of interest.

Then I began with a Market Research project which was about the prospects of AI’s implementation in the banking sector and what technological advancements Sopra’s competitors have already made. This also included by going the extra mile and approaching it from a geographical/international perspective. After the success of this project, I am presently working on a Data Science project where I can implement the things  we have learnt from our professors during our course. Also, I have had the privilege of working and learning from the Data Science experts; which has allowed me to expand my horizons of knowledge in the field.

As I have explored the field of Data Science up until now, I have realized that as necessary as academic knowledge is to build an understanding of the concepts, algorithms and programming; there are some additional challenges which can be understood only being in an industrial setup. According to my point of view, academic knowledge when combined with a working student position gives a 360 degree view of the field.

So, “When learning Data Science, don’t be afraid to get your hands dirty!”