How we became “Entrepreneurs of Tomorrow”
Bachelor / 30. November 2015 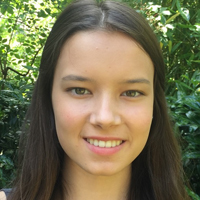 Anne Gegenmantel and Luca Schmidt won the seventh “Entrepreneurs of Tomorrow” business plan competition for high school students, organized by the American-German Business Club and sponsored and hosted by Frankfurt School of Finance & Management. Both wrote this blog post, to share their experiences.

When we received our certificates for the first place in the competition „Entrepreneurs of Tomorrow” we were extremely happy. To participate in this competition, we had to write a 25-paged business plan, attend monthly meetings and at the end present our idea in front of a very critical jury. The preparation began in November last year. 46 students from different schools around Frankfurt participated and met with experts every month.

Our first task was to come up with an innovative business idea. For us, this was quickly decided: we are both dancers, so we wanted to open a fitness studio for dancers. This would also be a perfect alternative for women who are tired of going to normal fitness studios and rather want to dance. They just might not have the time to do so regularly, and we wanted to solve this problem.

At the monthly meetings experienced entrepreneurs helped us develop this idea. We learned about business ideas and plans, marketing and public relations, finance, research and at the end how to present a business plan. This was valuable information but what was even more helpful, were the one-to-one meetings with mentors. There we could discuss our ideas, get advice, criticism, and encouragement.

The meetings were a lot of fun. It was interesting to talk to experienced business people, and it was especially nice to meet students from other schools and to chat about their forthcomings, struggles and success.

In addition to the meetings, we had to do some work on our own. After coming up with our idea, we conducted market research. Starting by visiting several fitness studios and carrying out interviews, we were surprised to find at least nine fitness studios on the „Zeil“ within only five minutes of walking distance. We learned that each fitness studio has an average number of 5,000 members. Finally, we were confident that our idea was realizable and had great potential.

At the beginning of May, the business plans needed to be submitted. Altogether 19 proposals were submitted. Everybody had worked hard—some individually and some in groups of up to four people. The ideas were very different: a mango shop, a burger place, a dog washing service, a cleaning service and our dance fitness studio.

We were very excited but also a little nervous when the Entrepreneurs of Tomorrow award ceremony with US Consul General Kevin C. Milas took place at the end of May. Until then it was unknown which teams had made it to the final round of six and had to present their business plan in front of the jury that consisted of five experts. Finally, our names were called, and we had to present. After doing so, we were confronted with some tricky questions but we were confident and convinced the jury of our concept.

While the participants and their friends had a nice break with coffee and cake, the jury had a hard time to find the winning teams. Then the announcements were made. “DanceShape” by Anne Gegenmantel and Luca Schmidt were placed first, winning 1000 euros. This made us the happy winners!The idea “Poseidog-Dog -Wash” by Susie Jang, Kyungran Ko, Christie Kim and Mascha Samkova came second. The business plan “Supreme Cleaning Service” by Natalie Voll, Maximilian Behrens, and Elias Schultze-Lohölter won the third place.

All together it was a lot of work writing the business plan but we learned so much and had great fun. We thank the American-German Business Club and the Frankfurt School of Finance & Management for their generosity and for enabling us this great opportunity.