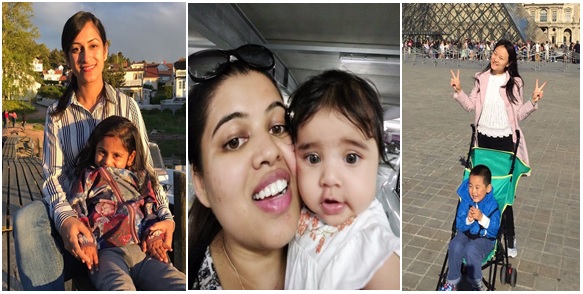 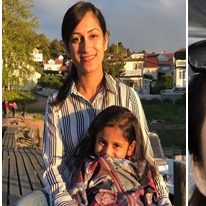 Being a Full-Time MBA Mom at Frankfurt School 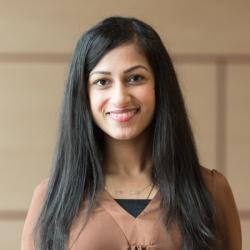 One day before the official start of the MBA I was at war with myself – “Should I… Should I not?”. It was not an easy decision. I had pondered over it for months. I wondered whether it was too selfish to go ahead and pursue my dreams and whether I would still be a good mom. I went to bed still feeling unsure but decided to attend the first day anyway. As I left for school the next day, tears welling up, I shut the door behind me as my 2-year-old balled out and cried for me. I did not think this was going to work out.

The first day at Frankfurt School – As I spoke to some of my classmates for the first time, I realized that I was not the only “Mom” there. There was one young lady whose daughter was about 7 months old and another who had left her son behind in her home country, to pursue the Full-Time Frankfurt MBA here. I could not imagine the struggles they had to go through in comparison to mine. I also realized that neither of us were perfectly confident about being away from our little ones. We would however look ahead with a drive to pursue our dreams and to create a better future for our children.

During the day, my husband kept sending me updates about our daughter, that she was dropped off at Kindergarten, that she was picked up and that she had a good day and was waiting for me. This took me through the first day. I also realized that I was quite happy meeting my batch mates and I looked forward to Day 2. I had set the ball rolling, now there was no looking back. My daughter’s crying continued every morning for about a month. One day I made sure she left home before I did and the crying stopped. In addition to Business Economics and Managerial & Financial Accounting, I also learned that a simple solution is all that might be required.

Three months down plus a busy schedule, it felt like I had been in the programme for a year already. Mine was a class with so many different nationalities and personalities. There was so much to learn from each other. It was interesting to see how different each perspective could be. Though the schedule was tiring, we all felt good about having come this far. Then it was time for the exams. Winter is not easy on little children. My daughter was often ill and wanted “Mama” all the time and no one else. Studying for exams was not easy at all. However, it was soothing to receive encouragement and support from the other moms as well as the others in class.

The school organized various interesting events and the students often made plans to meet and network on their own as well. I had to accept the fact that I could not be part of all these events, although I wanted to. I had to prioritize.
I attended certain events, partied a couple of times and sometimes, I also managed to find a mid-way, for example, I once took my daughter along to a “Thanksgiving” party organized by our class. I was touched by how warm and welcoming my classmates were to her. They danced and laughed and played together. We had a good time. My daughter went on to be part of our consulting project by starring in one of our project videos.

An evening from our module in Norway

Our study sessions went on until July. We had two modules abroad. The school was understanding enough to let us bring family along. These trips turned out to be a welcome break for me as well as for my family. Now, as I fondly look back, I feel proud that I did take that first step a year ago and accomplished things that I earlier thought were impossible. Of course, none of this would have been possible without my husband’s support. It had not been easy, but I feel thankful for the beautiful experience I have had. The things I learned from the programme, my classmates and by simply being a student, who also happens to be a mom, who pursued her dreams.

Lastly, if I ever had the chance to meet any applicant faced with the same dilemma as I had before, I would say –

“Do it. Things have a strange way of working out. You will surprise yourself”.

My classmates – an integral part of my journey