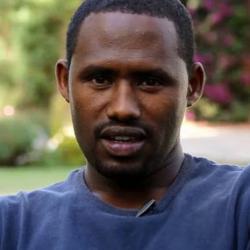 My desire to get a good quality education was almost shattered due to lack of funding institutions in my country, expensive tuition fees, not to mention the cost of living until I realize the possibilities of crowd-funding. In the world where Internet brought massive convenience in doing business online, it is very hard to ignore the opportunities crowd-funding platform brings to the table.  So far, a large amount of crowd-funding is raised for business ventures and little for the education sector. Well, I strongly believe there is a room of crowd-funding for education for those who put their minds into it. Here are some tips that included my experiences throughout my campaign for those who might plan to crowd-fund their studies

Don’t let financial barriers stop you from pursuing your dream!

I long for the day I come to Frankfurt School of Finance and Management to pursue a study in Master of International Business. The school made it possible by offering a partial scholarship for the tuition, but there is a catch. I had to provide sufficient amount that covers my living expenses for at least a year. According to the “Study in Germany” website, a foreign student must proof of at least €8700 in a bank account to get a study visa.  I did not let my financial barriers get to me; I decided to go ahead with the crowd-funding campaign. Though I managed to raise only 6000 via Indiegogo, I did not quite hit my target. I raised the remainder through multiplier effects.

No story, no success

First and for most, prepare enough time to develop your story. The first question any potential donor asks is why do I want to contribute for you? My plan for funds was on the approach that I wanted to be involved in Africa’s development and help set up a platform to help others who wants to study but have difficulties to raise funds for their studies. Therefore, it is very crucial to take the time to prepare an appealing story.

I never liked to see myself on camera until I realized the best way to reach a large audience is to support my cause with a video and photos. A campaign that misses videos and content won’t reach as many people as possible irrespective of how attractive the story might be.  Therefore, one must support a story with videos and photos; prepare a script for the entire story. It helps if the video and photos are made professionally. It shows how serious one takes the causes. In addition, having a video and photo will help potential donors to see who you are. It obviously speaks louder than words.

One must not just create a campaign page and wait for a miracle to happen. Hence use every social media to spread the word about your causes. Create Facebook page, Twitter account, if possible even a website for the campaign. Once the campaign is launched, one must keep on updating the campaign with facts, figures, and progresses to keep up the momentum. No progress is a progress!

Reaching out to media outlets

As part of the marketing strategy, I contacted various media outlets. The Frankfurt Allgemeine Zeitungen (FAZ) newspaper picked up the story and one reader contributed 1,000 € the same day the article came out. The success stories about the campaign are also available at Financial Times,  Frankfurter Rundschau, and again on Financial Times. But best to approach media outlets once a decent amount of funds have been raised to attract the media.

Obviously, a student who shows an ambition to crowd-fund a study receives a delightful support from a school.  A campaigner would need all the supports required to meet the target.  And reaching out to the school helps to tap into its resources and network. And yet again, it’s always best to reach out to the school once there is a decent amount of funds raised to show the success of the campaign.  My school liked my initiation and helped me spread the word by posting my story on the school’s resources such as a blog, Facebook, Twitter and notice boards. In addition, the school greatly supported my cause by putting out the words to their networks including many of its students who contributed to my campaign.

It always helps to organize a fundraising event in the name of your campaign. A close friend of mine organized a fundraising party, “African Vibes“ in Frankfurt where it raised 800€. You will be surprised by the amount of people who would love to enjoy their time for a meaningful cause.

There is no one-man show when it comes to crowd-funding campaign. One needs all the support and skills required from others to make a winning project. I worked with a very talented team who believed in me and dedicated their times, skills and resources for my campaign with no fee.