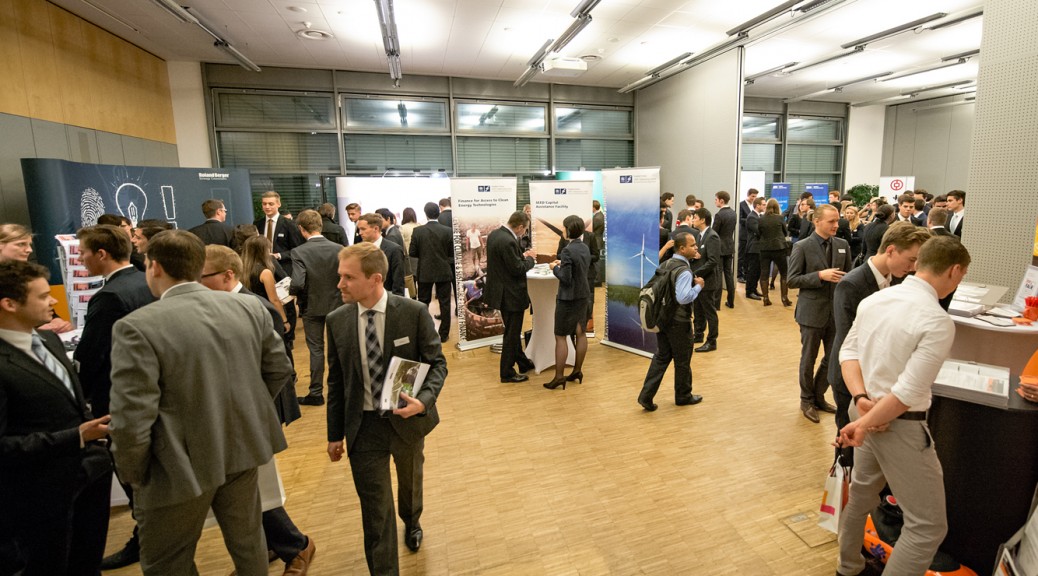 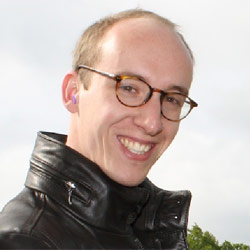 Michael Haker
MoF class of 2016
Michael Haker studied Communication Science (BA, MA) and Law (minor) in Munich and Leipzig. In addition, he holds a certificate in Human Capital Management. Currently he is enrolled in the Master of Finance program. During his studies, he worked for two years as editor and host for a Munich-based Radio station and later as Full-time PR-Consultant in the financial sector in Frankfurt. Now, Michael Haker works in the analyst department for Morningstar, where he first started in 2006.

Career fairs are fantastic in many ways: one does not only get to see all of his fellow students, but more importantly gets tons of chances to meet new people from potential employers and learn something about their day to day work or the hiring process. The latest career fair at Frankfurt School wasn’t the first and – just given the success in terms of visitors and companies presenting themselves – surely won’t be the last. So it’s worth giving some insight for those, who have never been to a career fair like that. For that purpose, let’s make up a fictional character:  Franz, FS-Student in his second last semester who is now seriously thinking about his step into real life – as intern, trainee or even Full-time Employee. He’s about to find out, what is the best choice.

Step one: make a good impression

Franz is a smart guy and knows: a career fair is not just any fair. It’s not something where you can go dressed casually. No! Here you have to look presentable. Not overdressed, yet good looking. So there are only two choices: either dark blue or a black suit. Brown or beige, he remembers his fashion-interested friend saying, is more leisure-like; stylish. But this is not a fashion fair either. So he chose the black suit, a white shirt, a unique but descent tie and dark brown belt, fitting with his shoes. “But wouldn’t that be a little over the top? I’m still a student, everybody knows that. Ah, what the heck” he said, “I can take my tie off anytime. That should be OK”.
Since Franz knew that it’s not a food fair either, he understood that going there hoping to satisfy regular hunger along with the hunger for career opportunities is not a good idea. That’s why he had his favourite lunch in advance: Linguine-noodles with fresh baked cherry tomatoes and some Basil – nothing with garlic, onions or otherwise heavily spiced though. He doesn’t want to “breathe” his potential future colleagues right away. Thus well groomed, showered and teeth brushed, Franz put on his suit, equipped with a pen and some business cards, tied the laces of his shoes he cleaned and polished the evening before, and made his way to Meet FS.

Step two: Know something about the companies

While crossing the streets of his neighbourhood and over the river Main, he went through the things he had read about the companies he is interested in. It was crystal clear for Franz that he wouldn’t go unprepared to the fair asking the representatives questions like “Ähm, hey, so …. what’s your job like?”, “Hi, I would like to work for your company” or even „So how much money do you make a year, before taxes?“. He knew that would be inappropriate. So, our protagonist informed himself properly: main business drivers of the companies he was interested in, departments he imagined himself working at, as well as questions regarding possibilities to go abroad, whether he could write his final thesis with the company and eventually, what does the application process look like. Along that, he thought of some easy to answer but meaningful questions as conversation-starters.

Arriving at Frankfurt School, Franz already saw the place swarming with students – everybody looked splendid. His fears of being overdressed vanished immediately as he quickly saw some of his friends, dressed in similar fashion. Together, they checked out some of the big names: Goldman Sachs, BCG, Deutsche Bank, PWC, KPMG. There he could dive into personal face to face conversations with literally every company. First, he was a bit insecure just approaching a free representative of JP Morgan – but it turned out, that his good preparation provided just perfect conversation starters – especially talking about the different departments he was interested in, gave Franz a good insight. Representatives didn’t hesitate to ask questions about Franz’s future plans which he could answer in a confident manner. That gave the impression that he really made up his mind and knew who he wanted to become. He had several meetings like the one at JP Morgan. A friend told him that, if there is obviously a strong interest from the company he was talking to, he could also ask to exchange business cards and keep in touch for maybe even a lunch meeting. Being successful over the evening, having collected some business cards instead of tons of freebie pens and rubber-ducks, Franz went home full of motivation to stay in touch with the people he met after finishing his studies.

Although it’s tempting to hunt for pens and other freebies, a career fair shouldn’t be about that. The story above should illustrate how one could prepare for a career fair and how meetings could go. I wrote such a story, because I’ve seen personally the total opposite at different career fairs in other universities. I’ve noticed a lot of fantasy as well as romance in what some students hope to achieve as an outcome, visiting such an event. So let me state my personal “Outcome-Experience” in a nutshell:

Of course, one should never be unprepared. But you can’t really know what the day to day business in different departments is. So the career fair is a fantastic opportunity to dig into that a little more and facilitate your decision, where you want to work later. I think, especially when in the beginning of a study program, this can be a useful outcome of various conversations. Because having more knowledge about a certain department, one could focus on needed qualifications during the studies making oneself more interesting and maybe more suitable for certain jobs, eventually.

If you are serious: get lunch dates or a job interview

That’s probably one of the coolest things to achieve: I’ve noticed, when you really know what you want to do later and have sort of a clear picture about your future, ask the right questions and at the same time already show some knowledge about the business in a department of a potential employer: Ask for business contacts and even try to make a lunch appointment. That really works and might, but really just might, facilitate the application process. I‘ve also talked to students, who got an invitation to interview for an internship.

Getting a job offer

That’s the fantasy I was talking about. I guess it’s nearly impossible to get a job offer at such a career fair. Why? First of all: your future boss and team members likely won’t be there. Second: internal compliance rules:  most companies don’t even take CVs and rarely business cards due to data privacy restrictions. I’m not kidding: I’ve heard it from an HR-Representative of a huge consultancy.

Missing a career fair is not wise because it’s a tremendous chance to learn new stuff. Needless to say, that one should come neat and neither hungry nor thirsty – it’s a career fair and really nothing else. Always be prepared and interested in the person and company you talk to – a little empathy has never hurt anyone. Printing a CV seemed rather useless due to internal restrictions and furthermore complex application processes. Ideally, know what you want to do after finishing your studies. I know: it’s easier written than done – I’m sitting in the same boat – but it helps the others to get a clearer and more distinct image of you.

Some example questions for a job fair: