Your mobile internet will speed up when Europe gets a single telecoms market
Management / 7. Oktober 2014 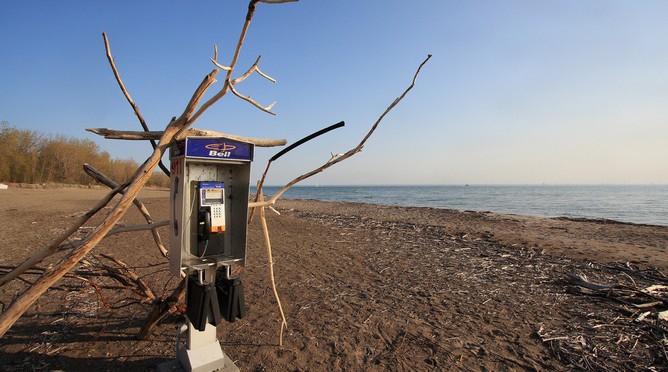 Joaquin Almunia’s job is to defend the European single market. It falls to him to decide whether telecom operators should be allowed to merge. His competition commission recently cleared Telefonica Deutschland’s acquisition of E-Plus in Germany. The irony is that there is no single market to defend: such mergers entail remarkably few cross-border implications.

Each EU country has a different set of operators offering nationally confined services. Some of the 100 odd national outfits might belong to supra-national groups such as Telefonica, but for all intents and purposes they are separate entities. A customer of Telefonica’s UK subsidiary O2 still has to pay more when using Telefonica’s network in Spain. Contracts tend to be country-specific. The French company Bouygues cannot compete for customers in Germany.

This jars with the EU’s raison d’être, and consumers bear the brunt. Mr Almunia probably struggles like many European travellers, carrying several phones and SIM cards to affordably access the networks in both Brussels and his native Spain. Never mind that multiple contracts are more expensive than a single European mobile deal would be.

We are paying more than we should be. The cost of routing a mobile connection via 3G is the same in France as it is in Italy. Both networks use the same technology and are plugged into each other. Nonetheless, Italian mobiles get charged more when calling France or from France. That differential is artificial, a result of country boundaries fragmenting an otherwise seamless market.

And it is bad in the long run too. Because national firms are constrained in scale, network investments are more difficult to leverage and recoup, slowing down technological advancement. America’s four main carriers have ten times more customers than a comparable set of operators in a big European country. Competition is just as fierce as in Europe, but the American operators’ greater scale is part of the reason why 4G is available more widely and cheaply in the US than in Europe. China and Japan are outperforming the EU for similar reasons.

Europe needs to be more than a connected continent

So what is keeping the EU from integrating its telecoms market? Politicians like to suggest that greedy firms naturally prefer to avoid competition, but it is actually in the hands of national governments. And they are avoiding the issue. The ambition of the EU’s most recent legislative push is not a single market but a “connected continent”. Such careful semantics reflect resistance towards a unified market that would transfer power away from national regulators, constraining more ambitious initiatives in the council and parliament.

National governments generate revenue from mobile licences. Auctions and administration could easily take place at the European level, with income shared among member states. That income need not be lower than it is now, but individual countries would lose the ability to manipulate licence fees as they see fit. Neelie Kroes, Vice-President of the European Commission for the Digital Agenda, rightly points out that the prospects of future 5G networks would improve if governments gave up some licence autonomy, but such suggestions currently lack teeth.

Some governments view telecoms as strategic assets. In times of crisis, sovereign control over mobile infrastructure can be desirable. But if European leaders are willing to discuss a common defence mechanism, telecoms could surely be put on the table too. After all, an investment-starved, over-priced, Cuba-esque network wouldn’t be much of a strategic asset anyway. EU countries risk falling behind the US and parts of Asia.

Daring to unite a seamless market

There are precedents for unified markets in services, and EU citizens are starting to enjoy a measure of the associated benefits. Within the Single Euro Payments Area, for example, you now need only one bank account, even if you receive a salary from a country other than that in which your bank is based, or most of your expenditure occurs. There are no extra fees for direct debits or transfers across EU borders.

Such “roam-like-home” arrangements eliminate price discrimination against foreigners. The European Consumer Organisation calls for something similar in telecoms, and the connected continent initiative comes close. However, abolishing roaming charges alone does little to enable firms to compete across borders. The Dutch will still be able to only buy from local providers such as KPN, not from providers based in other European countries such as Wind of Italy. And this matters: EU research recently showed average tariffs vary by up to 774% across countries.

A services market in which competition across borders seems to work a little better is air travel. Easyjet operates low-fare flights from hubs in London as well as Berlin; Etihad Regional destinations are available from places such as Verona and Geneva. This is more than roam-like-home; it is a single market in that consumers can expect to pay roughly the same for each air mile, irrespective of where they begin their journey.

So what would happen if the European telecoms market became one? If licences were awarded centrally and services available throughout the EU? For starters, as firms would compete across borders, there wouldn’t be space for all the national outfits to compete head on. Umbrella groups with a presence in multiple EU countries would have a starting advantage and be the driving force in the ensuing consolidation process. Eventually, one could imagine Vodafone, Telefonica, Orange, and T-Mobile competing in most EU countries, plus niche providers and resellers.

Even after consolidation, competition for customers would be at least as intense as it is within closed country markets today. The difference would be that consumers would get similar deals wherever they were and wherever they went. In addition, operators would have greater scale both to offer better prices and to leverage the investments needed for network upkeep and expansion. An integrated market would do away with the need for artificial roaming charges that prop up inefficient national operators.

There is no better time to sort out the European telecoms market. Our lives are ever more reliant on mobile computing, as is the Internet of Things. Both require affordable but fast, ubiquitous, and reliable networks. It is in the interest of governments, just as much as it is in the interest of firms and consumers, to have a pan-European market that can provide such infrastructure. Mr Almunia’s competition commission could then become a meaningful arbiter of a single European telecoms market.

Ronald Klingebiel researches and advises companies in the telecommunications and high-tech industries. His work attracts support from both corporate and government funding sources.

This article was originally published on The Conversation.
Read the original article.