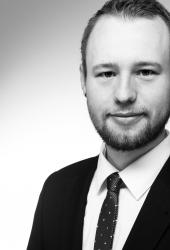 Alexander Roos
Bsc MPE class of 2012
Hello! I am currently enrolled in the Bachelor programm "Management, Philosophy and Economics" and finishing up my last semester at the Frankfurt School of Finance & Management. I am a member of the entrepreneurial student initiative FS LightUp. Mostly, I wirte about events that took place in the realm of our initiative.

“Why the hell do you choose a raccoon as your company branding?”

Just one of the many question the 90 students asked Alessio Borgmeyer, Founder & CEO of Jodel Venture GmbH. On October 21st 2016, FS LightUp, the Frankfurt School of Finance & Management Entrepreneurship Club presented Alessio as the newest speaker in the ongoing speaker series From Student to Entrepreneur.

Alessio started by laying out the rather bumpy story, which lead to founding of TellEm, the predecessor of Jodel. He began to study at RWTH Aachen in Aachen and then went on studying in the US, where they later launched their first version of the now welly known App Jodel. After testing in Columbia the team went back to San Diego State University to start their promoting tour. On a side note: Columbia is actually a highly attractive market for social media testing, because their social media using-behavior is similar to western countries.

Cruising through the States in a modified camper, they promoted the app on campuses by throwing parties. The amount of users skyrocketed promptly, however users did not keep using the app three days or so after the event. There were several reasons why the project did not work out as they planned, but the tragic irony is that the concept was not one of them.

Just 2 days after TellEm an App called Secret launched. Secret had the same concept, was backed by Google, and just received a 35 million US dollar funding round. David versus Goliath, however, at this particular time not with a biblical ending.

One thing lead to another and the team, half based in Germany, half in the US, split. After finishing his second semester abroad at San Diego State University, Alessio returned to Germany. Only himself and two tech-guys were left working on his big dream of founding the next big social media network. On the brink of bankruptcy, they had only one shoot left. So it was either all-in or going back to university and finish his studies.

Alessio’s father was the one who kept his dream alive by telling him to pursue. So, after a couple of weeks they then launched the Jodel in Aachen at the RWTH, his home university. Proving to be a successful hit in Aachen, Jodel was quickly adapted in Germany and became the leading anonymous chatting tool for local communities.

Today, Jodel has over 1,2 million daily posts and around 60 million daily interactions. By constantly adding features Alessio is driving the app to be a lasting platform. Secret, the Google backed competitor, does no longer exist. Jodel Ventrue is planning to expand to even more countries, and eventually march to world domination