Studying in Germany's most international city 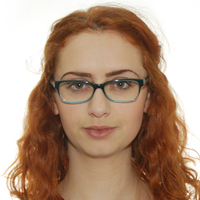 I first visited Frankfurt in 2006, during the World Cup. Ten years and a World Cup later, I have come back to Frankfurt to study my Master’s at Frankfurt School.

It was a Saturday and coming from Tirana where you can buy everything from food, to cars on a Sunday, I wasn’t exactly happy that I had to rush from one place to the next to finish all of my shopping in one day. But today is a Sunday, I am writing this blogpost outside, and I am really appreciating how quiet and peaceful the city is.

Shops being closed on Sundays is not the only thing I had to adapt to in the last weeks. It took a while to get used to saying just “hi!” instead of greeting with the kiss-on-the-cheek, it also took a while to get used to the extensive bureaucracy, 40 minutes of ads before the movie starts, credit cards not being accepted in many places, trash separation, bikes everywhere, and a wide array of ethnic restaurants. I have spent the previous 11 years in one city, living with my family, hanging out with the same group of friends, and now I’m 1700 kilometers away, in a very different country and on my own. Figuring out the metro system, paperwork quirks, cooking and everything else was challenging, but also rewarding.

At FS, classes are smaller and more interactive than at my old university.  Students rely less on textbooks and facilities are more modern.  I have also experienced a small language issue: from kindergarten to graduation, my education was entirely in my mother tongue. A couple of weeks ago, I lent some notes to a friend. Later that day, he sent me a message asking for help, because a lot of English sentences were interrupted by Albanian verbs I had used to synthesize concepts.
The school organize a lot of events; there has been a lot of workshops and presentations, but the most important one until now was the Career Fair where over 70 companies sent representatives who we were able to network with. The event proved to be helpful when it came to choosing my concentration, and I am now better  acquainted with a couple of companies I was interested in even before the fair.

Differences also come from the student body composition. Many of my classmates are already working, and it’s very interesting to hear what they have to say about their current workplace and daily routine, as well as how they see theory applied to  their daily tasks. Many others have worked before, and they bring that experience with them.
Of course, it’s also very fascinating to meet people from all over and world, and I’ve learned a lot from their culture, as well as engaged in (sometimes heated) debates about press freedom in Russia, clubbing options in Florence and everything in between.  I’ve also met people from back home who live in Frankfurt: it’s always refreshing to sit down with them to have lunch and then end up talking until midnight!
There are now around 4.5 million students studying abroad: if you’re planning to join this huge community anytime soon, being flexible and open-minded is the first tip I can give you.

Homesick? Not really. I mean … I sure miss my family, I miss my friends, and that’s why I’ve talked to them pretty much every day. There’s no seaside here, no fresh seafood, and it’s also freezing cold. On the other hand, these have been exciting weeks. Since I arrived in Frankfurt, I have met a lot of people from six different continents, had memorable conversations, sat through many hours of engaging lectures, and visited pretty much every part of a new, unique city. My only “regret” is not taking enough pictures.  But there’s still time for that!