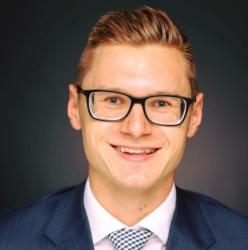 In October, Frankfurt School nominated five Master of Finance students to represent the university in the CFA Institute Research Challenge, a global equity research competition designed to foster the corporate valuation and financial analysis skills of aspiring investment professionals. Rok Cerin, Joming Chiang, Johannes Kirchmayr, Luccas Nepomuceno, and I were among those selected to participate in what would be our biggest professional feat to date.

During an introductory phone call with the CFA Society Germany in October, all teams competing in the German competition learned their target company would be Biotechnology Research and Information Network AG, commonly referred to as BRAIN AG. Recognizing that we had high expectations following the strong performances of previous Frankfurt School teams, we set out right away to conduct research and build the analysis on BRAIN.

On the introductory call, the CFA Society Germany stressed that this was a unique company to value, and they certainly were not exaggerating. As an industrial, or “white,” biotechnology company, BRAIN operates in a niche industry, focusing on only pure biotechnology across three main technological platforms: enzymes, microorganisms, and bioactive compounds. It took the team just over a month to educate ourselves on the basic science driving the biotechnology industry and grasp a clear picture of BRAIN’s business model. This initial leg of the research was accelerated by a meeting at Bloomberg’s Frankfurt office with Dr. Jürgen Eck and Lukas Linnig, BRAIN’s CEO and Head of Investor Relations, respectively. Our team, along with our competitors, interrogated BRAIN’s management regarding business strategy, growth prospects, and the like to gain a greater understanding of the firm and its valuation.

In a blink of an eye, we found ourselves stressing over exams and, of course, the January 9th deadline to submit our ten-page report to the CFA Society Germany. Having completed the rough construction of our report by mid-December, we worked diligently to construct valuation models that yielded reasonable results for BRAIN given their market price of about EUR 22 per share at the time. Due to a variety of factors, we were forced to eliminate our comparables analyses altogether and decided to rely on our discounted cash flow and sum-of-the-parts models to value BRAIN’s stock. These models went as deep as modelling each of BRAIN’s fifteen pipeline products that have yet to be introduced to the market.

With a five-day gap between our last exam and departure date for the winter break, our team pulled consecutive all-nighters in Frankfurt School’s infamous Finance Lab. Needless to say – we were very grateful the school’s security guard had mercy on us in light of the campus’ strict 10:00pm curfew. However, on December 22nd, our team of five dispersed to our respective winter break destinations, which spanned across North and South America, Europe, and Asia. Despite the challenges we faced as a team, we managed to submit the report in Frankfurt on January 9th at 11:55pm, just 4 minutes before the 11:59pm deadline…

Regardless of how close we cut it to the deadline, the team learned about one month later that we were among the top three teams in Germany, and we would present our analysis to a panel of CFA Charterholders in Frankfurt on February 21st. Having just three weeks to create a presentation and rehearse, we hit the ground running in preparation for the German Final. Condensing several months of  analysis into a ten-minute presentation is indeed as difficult as it sounds; however, the team managed to successfully deliver the presentation and answer all of the judges’ technical questions accurately and concisely, which ultimately pushed us to emerge as the champions of the German Local Final in Germany.

We enjoyed the thrill of a win at the German Local Final, although it was short-lived because Dublin was right around the corner and would certainly offer more competition with 40 of the best teams representing their respective CFA societies across Europe, the Middle East, and Africa. After receiving feedback from the judges, Lukas Linnig of BRAIN, our industry mentor, and our faculty advisor, Dr. Jing Zeng, we revamped our presentation and rehearsed relentlessly. We arrived in Dublin on Wednesday with plenty of time to spare before the registration and kick-off event at the Dublin Convention Centre, which allowed us some time to relax and enjoy a day in the city – believe it or not we actually enjoyed some sun. Thursday, however, comprised of a different atmosphere among the competitors. Our team knew we were up against strong universities in the semifinal round, one of whom being last year’s defending champion, BI Norwegian Business School. Nevertheless, we gave it our all, presenting with confidence and dodging difficult questions from judges. Unfortunately, we learned shortly after lunch that we came up short against BI Norwegian Business School, who would eventually go on to win the EMEA Group A Final and advance to the Global Final in Kuala Lumpur, Malaysia at the end of April.

In general, everyone on the team competes for one reason and one reason only – to win. Therefore, it was tough to stomach the loss; nevertheless, we all learned unspeakable lessons from the competition. We pushed ourselves harder than we ever knew was possible, and in doing so, we developed not only our corporate valuation and financial analysis skills, but also our softer skills such as teamwork, leadership, and public-speaking abilities. Working with this team was an absolute pleasure – an experience that I will carry with me for the rest of my life. The team and I would like to thank everyone who supported us along the way, and we wish the best of luck to current and future participants in the CFA Institute Research Challenge.