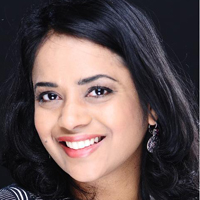 I would like to thank the Frankfurt School of Finance and Management and KEDGE Business School for the opportunity of this elective week in Shanghai on China digitalization which gave me a glimpse of the country potentiality and has broaden my horizon. China is not a country you can understand being abroad, you need to live in its environment among its people, in order to understand its culture.

May 2017. Elective week in Shanghai on China digitalization

“We are interested in catching shrimps, not the whales. When you catch shrimps, then you will also catch the whales” Jack Ma, Alibaba founder

WHAT IS CHINA DIGITALISATION EXACTLY?

China faced a lack of payment methods and started to catch up its western peers only in the late 90s. From manufactural China to digital China, today with 57% of Urban residents, 793 Million people live in cities and 53.2% have Internet penetration, internet users exceed 731 million. China’s phone owners are way ahead of everyone else on the planet when it comes to mobile payment, going out without wallet belongs to Chinese cashless lifestyle.

Digital Ecosystem. The dynamism of the Chinese ecosystem is impressive, with the power of reshaping the whole economy through a digital revolution, extending from E-commerce to M-commerce (electronic to mobile), takes us to a whole different level in the digital era.

Colossal economical & financial empire: the BAT group. Internet leading companies Baidu, Alibaba, and Tencent (BAT) own businesses in the online economy. Baidu collects the data based on user search, Alibaba owns the transaction data and credit data for e-commerce, and Tencent has the social network data via instant messaging. BAT constantly make investments and acquisitions to stay competitive in the emerging mobile space.

Wechat is the Swiss made knife by China which allows mobile payment, instant messaging, sharing “moments” in the timeline, money transfer („Red Packets“ for donations), corporate internal communication and many more services for B2C customers to outsource their lives. For B&B, Wechat offers a platform for public brands to promote their campaign via public profile. Increasing brand visibility by creating a platform on Wechat allow them to become very competitive with digital marketing strategies campaigns, for instance, Durex brand brilliantly waved over the taboo topic of sexuality among teenagers. KFC and Starbucks conducted campaigns in Wechat as well, which increased their market share in China. Baidu’s Doctor app collects medical information from users and passes it on to doctors, enabling them in their diagnosis via Chat boots.

Internet of things. Virtual & Augmented Reality items (VR/AR) such as the fridge magnets, connect directly with a Tmall eCommerce channel, or a virtual grocery store (like AR used in Pokemon game technology) where products could be purchased and delivered by the time the customer reaches home.

WHY DIGITAL INDUSTRY IS SO SUCCESSFUL IN CHINA?

Competition for the best service. Chinese businesses do not simply copy and improve anymore, they understood the home market and adapted the full offer for the best competition providing an optimal service. A new value system is taking place. Companies in the digital industry must strive to give an excellent service, brands are embracing challenges and opportunities in order to focus on quality instead of quantity. Another reason is that China is at the edge of economic slowdown, the marketing budget must be as efficient as possible.

Outsourced lives. Daily chores such as cooking, cleaning, doctor appointment can be planned with mobile functions. All these life- simplifying tools are highly attractive. The value added is that the customer has more free time for his work and for his relevant interests. Transactions which need separate commitment take precious time in disfavor of valuable experiences.

Chinese millennials. The post 90s generation is shaping the digital industry. Chinese millennials grew up as digital natives, they are optimistic and believe they will enjoy a brighter future. Their purchasing behavior looks for self-identity. They do their research and evolve with the speed, self-conscious and tolerate less companies choosing for their needs. Millennials want digital technology genuinely empowers them and want to be valued. They demand the best-branded content and they trust self-selected content even more. Customers and communities seek for “connection”, brands must engage in new powerful tools of storytelling communication.

Targeted content with influencers and Key Opinion Leaders (KOL). In the age of instant gratification, KOL are engaging with services that allow them to
exchange for benefits and have an interest in creation and customization. Influencers are more interesting for companies. Basically, businesses identify most active users to turn them into brand ambassadors whereas KOL markets segment are often unclear for branded content.

“Knowledge is a treasure but practice is the key” – Lao Tse

Data protection concern is a western concept which can hardly apply in a collective, strong community oriented country like China. If not a necessity, it´s a privilege for businesses to have ties with the government. Every influenceable business has an employee in its company which duty besides his regular position, is to handle communications with governmental relations, in this way, the company gets the necessary support to implement its vision, in line with higher policy requirements.

Successful protectionism. Blocking American browsers (Facebook, google, youtube) and products for internal security reasons, was a very clever move economically to launch China brilliantly in the digital era, allowing exclusive home companies to expand in Mainland. China with its largest population clearly has a competitive advantage. With multiples communities emerging and people voicing their preferences, China has once again successfully embraced challenges proactively by providing support and establishing a dialogue with its conglomerates. Economic liberalism with state intervention reaches its optimum and match with people’s aspirations, but let’s be realistic, digitalisation will not magically solve all problem…

“Our greatest glory is not in never falling but in raising in everytime we fall.” Confucius.

Chinese digital industry is now folding the path and leave a detailed trail through its extensive digital experience and we can certainly get inspired by these marketing strategies seeking for optimal services to consumers. Nevertheless, Chinese economic growth is structurally disparate, which is made only possible with its unique demographical situation. Europe carries the weight of cultures and values of democracy which has proven to be a strong buffer in social or financial crisis but has regulations which limitate a full potential of entrepreneurship.

The digital media revolution has set its fundamentals: products need to be adapted to customer’s demand. This mark a clear line with post industrial revolution context in the traditional economy where the surplus of products needed to be marketed in order to sustain growth. Demand and offer critically match with optimum service provided by the digital industry, this display a healthy competitive environment.

Stay tuned for more Executive MBA stories. (if you like it, give a thumbs up below)
Cheers,
Laura Massilamany