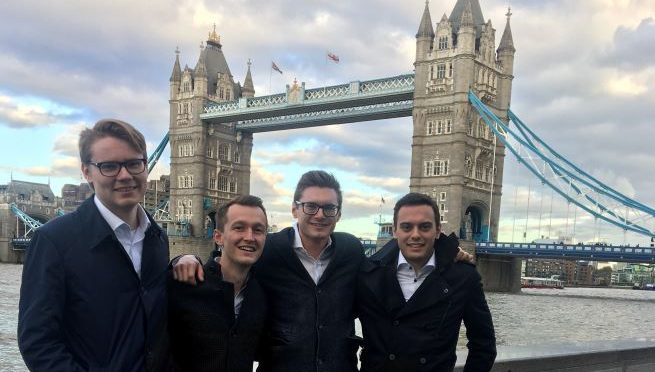 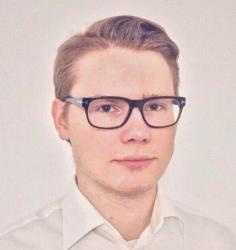 The story of Frankfurt School team at the 7th Global Valuation Olympiad began when I saw the memo about the competition on Frankfurt School Facebook page. A couple of messages in WhatsApp and a Frankfurt School dream team is ready: Johannes Kirchmayr, Simon Jakob, Ryan Westley and luckily, me.

The competition itself consists of 3 rounds: the online test, the case study and the final presentation in London. The first round takes around an hour to complete and tests the conceptual knowledge of corporate finance and valuation. After completing this part of competition without major difficulties, although time could have been a vital issue in the first round, we were qualified for the case study.

Our team applied for a scholarship provided by Frankfurt School. The Scholarship holders are awarded  up to 250 EUR, if they are selected to  go to the finals in London. Our team was awarded the scholarship and we greatly appreciated Frankfurt School’s belief in our success. We were determined to get the main prize of 1000 GBP per team, which by the way, is more than enough for a couple of pints.

The second round at the end of August is by far the most intimidating and crucial part of the competition. The team is set to work on a sell-side and needs to prepare a full-scale Confidential Investment Memorandum on a Whole Foods acquisition case, providing a separate valuation of a target. The task must be completed in a 5 day period, which was a challenge, given that everyone on the team was working full-time.

After 5 days straight of long nights in the Finance Lab, thoughtfully provided to us by the Frankfurt School administration we delivered the CIM and the model. After 5 weeks of waiting for the results, we were selected as one of top-10 teams globally. We were going to London! However, before boarding the flight, we had to prepare the presentation on our M&A case, valuation and synergies included. Time management and organization were key as we arranged meetings around our busy schedules.

London was intense. I arrived in our Airbnb apartment in Benthal Green at 9pm on the day before our final presentation and finalized my slides. Then the whole team arrived, the last arrangements were made, key points were discussed, the deck was being updated. The next hour was spent on searching for the nearest McDonalds and a British socket adapter- this was more of a challenge than expected! In the middle of the night we have uploaded the final version of the slides and each of us continued to rehearse our respective part independently. At 6 am (yes, 6am) we have uploaded the version of the deck.

After getting some rest we were fully preparedand ready to win. We arrived at the competition location, which I thought reflected London quite well,: questionable on the surface, but with quite an opportunity inside. After a strong performance and even stronger Q&A session we were invited to the closing ceremony later that evening. We made the most of our time in the city whilst waiting for the final result. We went sightseeing and took lots of photos. We placed second worldwide! After returning to Frankfurt, it was great to share our experiences with fellow classmates and I would recommend the Valuation Olympiad to any future students.

We hope the next generation will go one step further. Frankfurt School is the best place to start.