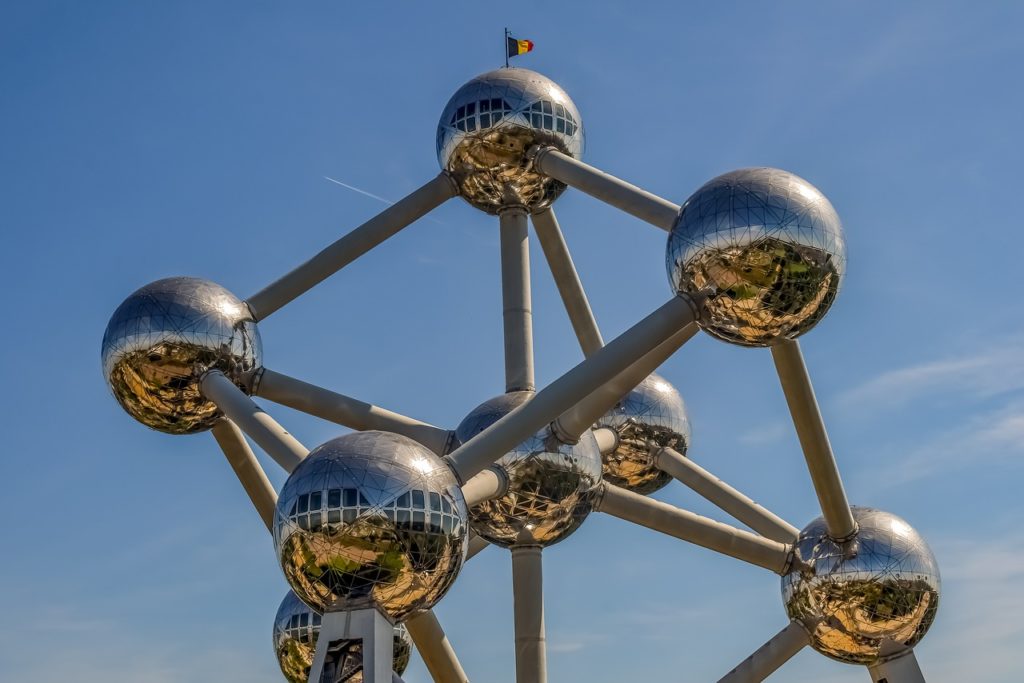 Stas Margina
Master of International Business
Stas is from Republic of Moldova and has completed his A-Levels in the UK as well as Bachelors in Business Management at the University of Sussex.

Brussels, as the capital of Belgium, plays an important role within the country as well as within the rest of Europe. Brussels is a city full of history, amazing cuisine and chocolates, attracting the locals and foreigners with its majestic architecture. Every day spent there represents a great opportunity to enjoy the surroundings and go for a walk through the narrow and crowded streets.

From the very beginning, the students were really enthusiastic on the way to Brussels. We forgot about time as a consequence of games that, sadly, included a lot of poor singing skills while playing “Heads Up”- a game that can annoy anyone but also keep them very entertained.

We left Frankfurt around mid-day on Sunday, September 17. The bus ride wasn’t too long or tiring and we spent most of the time talking or playing games as a group. After our arrival into Brussels, at around 5 o’clock, most of us left our luggage in the room and went onto exploring the beautiful streets and buildings of Brussels, such as Rue des Bouchers with all its tiny restaurants and shops and the beautiful Grand Palais.

Early next morning, we gathered in the lobby of the Hostel, for what looked like a busy day. First, a trip to the European Commission, followed by a tour of the EU Parliament.

The MIB class of 2018, had two seminars at the Commission, both of which were conducted by highly skilled members.

The European Commission is one of the main institutions of the European Union, representing the general interest of the Union. It is organized into policy departments which are known as Directorates-General (GGs) that manage EU policy, law, and funding programs.

The EU has objectives related to internal market for which the free movement of goods, capital, people, and services is guaranteed, this linked with the coordination of foreign policy, and the classical internal cooperation which works to assure that everyone agrees on trade. This is a team job that requires participation and commitment of every state representative to find an agreement for this to work out. The EU commission has the right of initiative (every proposal comes form the EU) and then member states with the European Parliament make the decisions. The EU is the political executive that acts as a college by promoting the general interest of the union.

We discussed the following EU Objectives:

The EU promotes commitment and encourages nations to produce what they do best in order to promote growth. This is possible with productivity and investment where more money is transferred to workers to reinvest. However, trade is the key which is possible at a macro level thanks to the EU. One billion euros in exports creates 140,000 jobs. This is done at the EU level since together, countries are stronger than working individually. The bigger the market, the easier that it is for others to become part of trade.

No matter if your interest is in the business sector or you just want to get some more information about the economy and the challenges that this globalized world experiences, going to the European Commission is the right choice to enrich your knowledge.

After a short lunch break in the business center of Brussels, we went to visit the European Parliament, which the group was quite excited about. There, we had an introduction on how the Parliament works as well as some information and “fun-facts” about the parliament such as:

We then moved into the main meeting room of the Parliament, where the discussion continued, this time focusing on translation booths, how they work, and how complicated the job is, since all languages are translated at the same time and all meetings are being broadcasted live to all member countries of the EU.

Team work and leadership is the key to overall success and MIB is a team that firmly believes in this idea.

After over a year of sharing classrooms and developing relationships, skills and learning from each other, this trip offered us a refreshing opportunity to show some our strengths and capabilities outside class; by taking us out of our comfort zones and making us work together to succeed in various challenges, which will be described below.

The second day of the workshop was all about team-building as well as developing our personal leadership skills. Our group was separated into four subsequent groups, which would go in turn doing various tasks.

The first task consisted of taking turns as leaders and coordinating the movement of blocks with ropes (which is more difficult than it initially sounds) to construct buildings according to guidelines given by the Project Manager – whom we had to negotiate with before every turn. This taught us the importance of coordination and communication with the team members.

Second task had to do with building a Lego house from memory, but with a small catch – there had to be little to no negation during the process; only positive enforcement and encouragement. This was a lesson about the importance of a good team ethic and environment.

The third task included building as tall of a structure as possible from a few given materials, while given some very loose guidelines on how to build it. The point of this exercise was to never assume things that are not being directly implied, as well as learning how to work with limited resources.

The fourth and last task was the most important one and would determine the winner of the competition. In our individual groups, we had to build a catapult that would feed the dying fish population of a hypothetical community. The groups were now “nations” and each one had a
specific resource that was only available to that nation. This exercise was used to teach us how to communicate and trade with the members of other nations, as well as test our inventiveness and ability to build a functioning device within limited time frames. This concluded the tasks for the day, leaving us with plenty of time to explore the city as it was our last night in Brussels.

The following day, early in the morning, we went to an outdoor location where we had to face the biggest challenge of this workshop – building a rope course, which we would all have to complete.  Our class was split into 3 groups, each charged with building a different part of the course. The teams had to learn task-specific skills from our instructors as well as work together and plan ahead to make the course as rigid and stable as possible. This task focused on everything learned in the previous days, but most importantly the cooperation and coordination needed to achieve a common goal.

Building the course and then completing it, was the culmination of this trip as it proved that our group can be very time-efficient as well as work well towards achieving a common goal.

During evenings, we usually went for walks around the city. Some of us enjoyed local delicacies such as mussel “casseroles” with a variety of different sauces and an obligatory side of double-fried fries.

Many also tried the delicious and diverse selection of chocolate, waffles, and confectionery that Brussels offers on every corner of the street. And of course, what’s better than a strong, cold beer in the company of good friends, overlooking the Great Palace and surrounded by people from every corner in the world.