A year of career success with the Frankfurt MBA
Career Services / 15 February, 2016 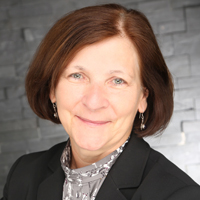 Nearly 2 years ago Frankfurt School began an ambitious project to launch a full-time MBA programme that would compete alongside the ranks of established MBA Schools. The success MBA programme would be built on the career performance of our alumni and on the engagement in the programme by our corporate partners.

Our first cohort of MBA students, the Class of 2015, finished their programme just over 1 month ago at the end of 2015, and while we won’t have the formal employment statistics available for a couple of months, there have already been some notable successes. Only one month after graduation the majority of the class have already secured employment. Each successfully employed alumnus has a unique story of hard work and persistence behind their current success, but we are equally pleased to have seen so many of our corporate partners taking an interest and supporting the MBA programme with training, coaching, MBA projects and also by employing graduates.

In spite of a heavy study schedule and two overseas study trips, the MBA class were welcomed on company visits by Porsche, Lufthansa Cargo and Deutsche Bank. On top of this, there were executive talks and Boardroom visits from companies such as Verizon, Commerzbank, Roche and Baker McKenzie, as well as career development training and presentations from companies such as Accenture, Kautex/Textron and Daimler FS.

In addition to those companies directly supporting the MBA, students also had the possibility to meet some of the 120+ recruiting companies that visited the Frankfurt School campus in the last year, in particular for Industry Day where around 40 industry and consulting companies came to recruit FS graduates.

In total, more than 30 corporate partners contributed to the Frankfurt MBA in its first year and a number of them also now count among the first companies to have recruited a Frankfurt MBA graduate. We are looking forward to sharing the first employment statistics later this year but in the meantime, we are already working to support the Class of 2016 as they begin to think about possible MBA Project companies.