COVID-19: How can risk management handle the challenge? 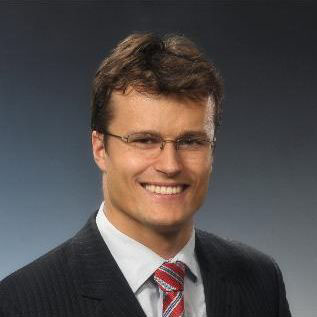 Prof. Dr. Christian Schmaltz
Research Fellow at Frankfurt School
Prof. Dr. Christian Schmaltz is a consultant for risk management. As part of his PhD with Prof. Heidorn from Frankfurt School, he set up and described "A Quantitative Model for Liquidity Banks". In addition to the preparatory course for the Certified Corporate Treasurer VDT, Mr. Schmaltz teaches the module "liquidity management" in the MBA at the Moscow Academy of Finance. In the Master's programme at the Frankfurt School, he teaches "bank controlling." Apart from gaining teaching and seminar experience at Frankfurt School, he worked as a statistics tutor at the University of Karlsruhe and as a consultant at Deloitte. After completing training as a banker, Christian Schmaltz studied industrial engineering at Karlsruhe and Economics in Paris. Through an internship at the Treasury, he gained insight knowledge of the processes and methods in this area. Dr. Schmaltz is Adjunct Professor at EADA Business School (Barcelona) and affiliated with Aspect Advisory as well as Signature Management Consultants.

Every company is always subject to a certain amount of risk, which is why larger companies carry out a risk inventory once a year. The risk inventory answers one question: What can go wrong? For non-financial companies, the main business risk is that the product/service cannot be sold as often and/or not at the planned price. Financial companies such as banks and investment funds tend to deal with financial risks in their existing business, such as credit and market price risks. The corona epidemic has hit companies unexpectedly. Has it also hit them unpreparedly? In the coming days it will become clear, whether risk management was prepared for this challenge.

Banks are first hit through the short-term lockdown due to the epidemic, that leads to market turbulences, liquidity withdrawals and higher credit demand. In the medium term, increased defaults by borrowers are on the agenda. The good news is that despite this drastic challenge, banks are largely prepared – without having explicitly prepared for the virus scenario. In general, banks are prepared for scenarios such as those tested by the EBA (European Banking Authority) throughout Europe in 2018. A scenario such as the one that is currently occurring due to the spread of COVID-19 can thus be compensated for by scenarios included in the risk inventory. The prerequisite for this is that the short-term market turbulence and the medium to long-term recession are not much worse than the individual scenarios tested.

At which point the epidemic reality can be worse than the EBA recession (2018) lies in the short term: a six-week forced stop of some sectors of the economy (transport, retail, …), for example, has the effect of a recession in fast motion. In a normal course of recession, sales volumes decline for months. Currently, sales not only fall within days, but also disappear for several weeks without replacement. This can lead to liquidity shortage, because large companies, small and medium-sized enterprises (SME) and contractors have to withdraw their savings in order to be able to pay running costs despite a drop in sales. Banks are prepared to deduct 50% of deposits from companies, but only about 10% from medium-sized companies and contractors. Especially banks with a broad retail and SME franchise could experience deductions that exceed the tested ones. Once, the liquidity reserves are spent, clients switch to credit lines and will extensively draw on them. The 10% drawing that banks are prepared for might prove to be to low. To what extent banks are hit by the PD- and GDP – evolution depends on banks’ willingness to actually respond to the higher credit demand in times where banks’ capital base is tight. Especially in times of large uncertainty, banks might prefer to hoard capital for uncertain bad times instead of spending it on new lending. To ensure sufficient lending, the government could initiate a lending campaign where it lends to banks and they lend it to customers. Important would be that banks do not carry the default risk, but the government does. The ultimate lender is the government. Banks merely serve as distribution channel. This brokered lending model would not affect banks’ capital ratios.

Through their risk management, companies prepare themselves with business continuity plans, capital- and liquidity buffers to withstand potential operational disruptions, losses and liquidity shortages induced by challenging circumstances. Thus, companies should be prepared for recessions and market turbulence. The fact that companies have not yet tested the “virus epidemic” scenario does not mean that they are not prepared for the consequences. Only if the “virus epidemic” scenario is much worse and has a completely different time frame than the tested scenarios “recession” and “market turbulence”, will put the survival of the company at a risk. Events like the spread of Corona affect every company to a greater or lesser extent. A company and its shareholders cannot cover all risks. Especially, if revenues drop because of government intervention to protect society, it should also be the government that offers remedies to partially offset the consequences. The beneficiary of the intervention should pay this: society. In the future, epidemic scenarios are expected to be less drastic because politicians and companies are better prepared and can react more specifically with the experience gained in CoVID-2019. In any case, every company should at least simulate the epidemic scenario consisting of short-term lockdown and mid-term recession.