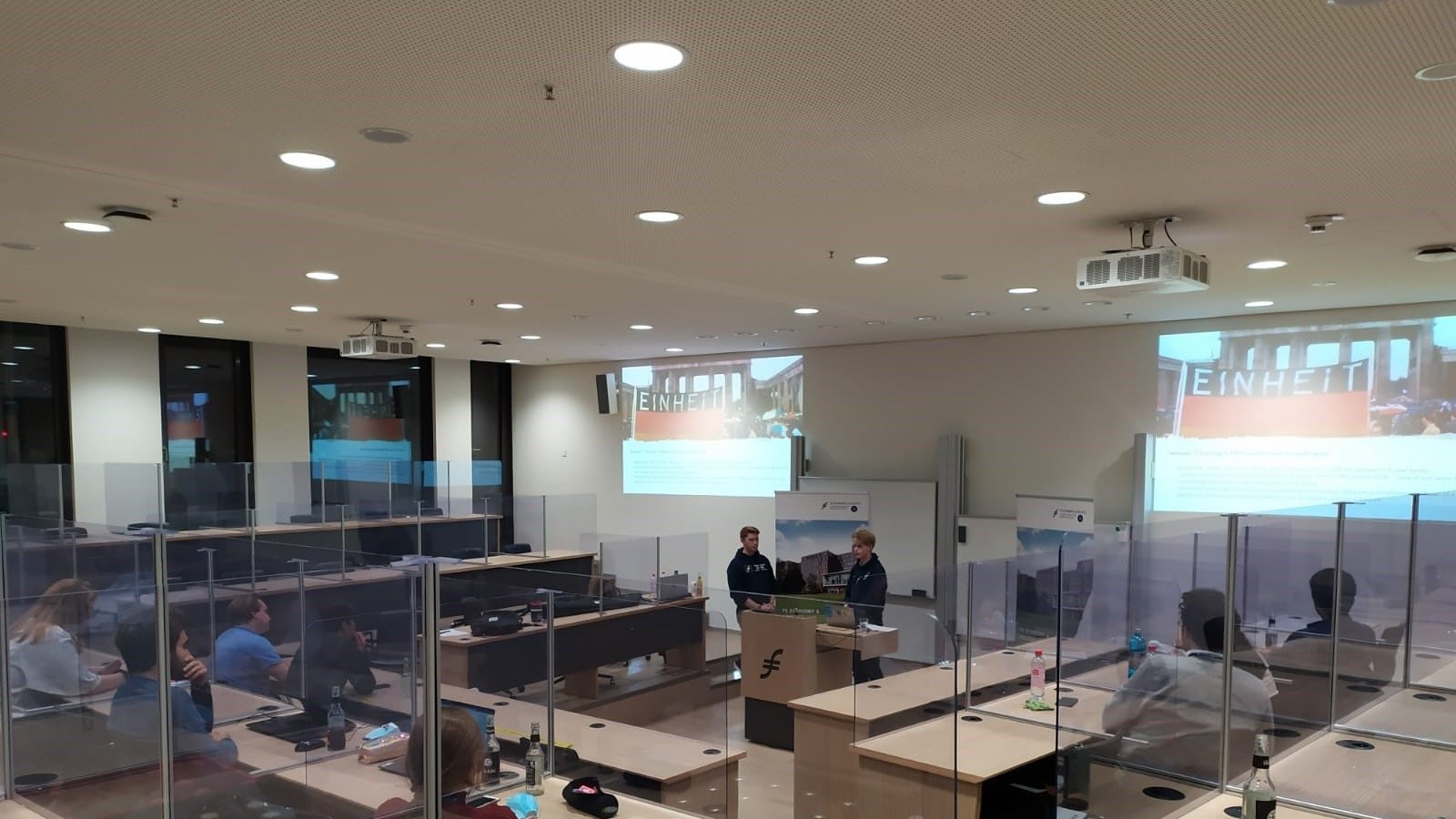 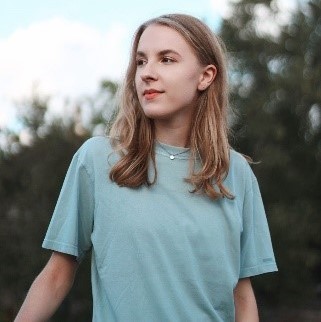 Tinka Arlt
BSc in Business Administration Class of 2024
Tinka is currently in the English core track of the BSc in Business Administration programme at Frankfurt School. Before starting at FS, she spent seven months volunteering in community aid projects in South Africa, India, and Thailand. At FS, she is part of the student initiatives EcoPol, MUN Society, TEDx and Arts.

The German Politics Event held on Thursday, October 8th, was a hybrid presentation organized by the FS EcoPol International division and held by two politically engaged Bachelor students, Carl Luipold and Maximilian Brandt. International Students from Canada, China, Pakistan, South Korea, India, and Lebanon attended the event. And even some Germans eager to revise their basic political knowledge (and win the Kahoot quizzes) came. The goal of the event was to give everyone present as much of a basic understanding of German politics as to be able to understand what you see or read in the news. The audience was encouraged to exchange opinions and knowledge about the political systems in their home countries.

The first of the three topics covered throughout the evening was a brief history of the German Federal Republic. Max guided a quick tour though German history starting after the French Revolution to answer the fundamental question: How did we get here? After making our way past milestones like the Congress of Vienna 1815, WW1, the Weimarer Republik, WW2, the Berlin Wall, and the German Reunification in 1990, we arrived at the next stop.

How do we prevent Germany from going back to some of the very dark parts of its history?

Carl explained the current German political system with the legislative, judiciary and executive branches, including institutions like the Bundestag, Bundesrat, Bundeskanzler and Bundespräsident. He told us about how Germany works as a federal republic with responsibilities like Education and Health allocated to the states. He also explained how in German elections you vote for a direct mandate and a specific party. Ultimately, we realized that in Germany, there are rules for almost everything which does not always make things easier. Such as, why are there so many people in the parliament?

The third topic of the night was the German political landscape. Carl gave an overview of the political parties currently part of the Bundestag. How many votes did they get in the last election? Who are their most famous members? These questions were accompanied by interesting statistcs, like the average party-member age, percentage of women (mostly low) and political topics that currently shape the party. Members of the audience were able to talk about similar parties in their home countries.

The evening ended with a final round of Kahoot, where we learned about the German comedy show that allegedly broke into the European Parliament, and the German satire party Die Partei. In the end, only one question remained unanswered: is it Bernd or Björn Höcke?