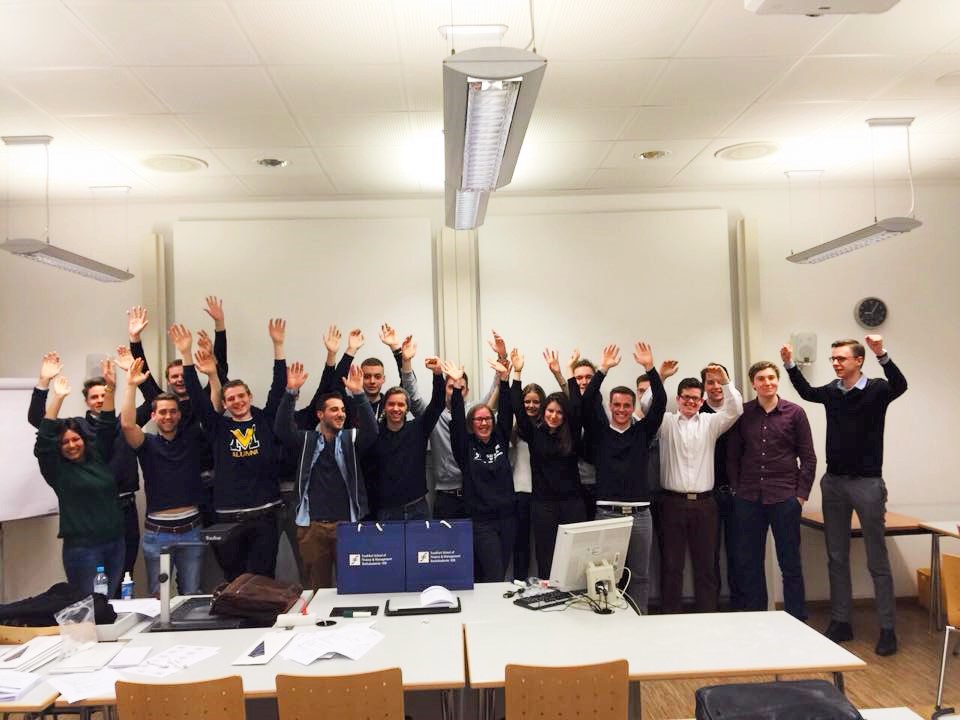 It is March and for all Model United Nations (MUN) fans around the world, this means one thing only: New York! The biggest Model United Nations Conference in the world is just about to begin. And we, FS MUN, Frankfurt School’s Model UN student initiative, can’t wait for our flight to take off.

FS MUN attended the NMUN Conference in New York for the first time to represent Sri Lanka with a group of nine delegates in 2010. The purpose was to offer FS students the chance to learn about current problems in the international political sphere, about the political agenda, the rules of procedure of the different bodies of the United Nations Organization, and, of course, about the art of diplomacy.

Since then, FS MUN has made quite a journey. With several P-5, BRICS and other regional powers in our roster, we have won an total of nine awards, including awards for quality position papers, delegation effort and delegation performance.

In our 6th NMUN NY, we boast with a group of 32 dedicated students from all programmes and levels, who will be representing the Republic of India in 15 different UN Committees and the United Kingdom in the Security Council.

But this is not the only thing to be excited about this year’s NMUN NY. 2015 also marks the 70th birthday of the United Nations and it is thus a year dedicated to celebrating all the valuable work of the organization throughout the years. In this spirit, FS MUN is proud to contribute to the work of the UN by bringing such a large group of students closer to the organization’s procedures and achievements and by promoting the spirit of global citizenship and awareness that participating in NMUN NY entails.

All this implies a considerable amount of work. Our Delegation has been preparing for months for NMUN NY. One of the key steps at the beginning of our preparation last September was applying for a country assignment. Which country you get to represent at NMUN NY, has a huge impact on the learning experience and the scope of action you have during the conference as a delegate. We wanted to offer this year’s delegation an interesting and relevant country with an important position in the current world order and key perspectives on topics of sustainable development, gender equality and peacebuilding, which were the topics that dominated the 2015 NMUN NY agenda. We narrowed our options down to two countries which both fitted these criteria: India and Nigeria. The better availability of research material and documentation on India ultimately led us to decide to apply for India instead of Nigeria. In order to prepare properly, delegates must learn about the foreign affairs history of a country, about its current diplomatic relations and about the many UN projects and programs that are currently in place in that country. If information on all this is not readily available, research can become frustrating, making the preparation process less fun. It was thus a delight to have our application considered favourably.

After months of research and preparation, our delegates have become experts on India, its history, its policies and its diplomatic relations. We are now excited to put all that hard work into action!

We’ll keep you updated next week.

Take-off is on Tuesday!