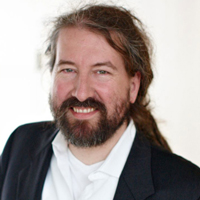 For more than 30 years, the world’s main indices for oil prices – West Texas Intermediate Crude or WTI (delivered in Cushing, Oklahoma) and Brent Crude (delivered at four ports in the North Sea) –have moved in sync. This changed dramatically in 2011, when WTI started trading at a considerable discount to Brent for almost five years. This disparity violated the “law of one price” as arbitrage between markets should quickly reduce these differences. This is important as crude oil is the most traded good worldwide.

Our paper demonstrates the key role played by geography in the operations of seemingly global financial markets. Historically the US’s status as the largest importer of crude oil – and thus the key marginal consumer of oil in the global market – ensured price equilibrium within the US and world markets through arbitrage and created a long-standing norm. When the WTI price increased relative to Brent prices, market actors could purchase oil in the North Sea (or elsewhere adjusting for differences in quality) and ship it to the US as long as the spread was large enough to cover transportation costs and the actor’s profit margin. Arbitrage in reverse direction has not been possible due to three circumstances:

First, an infrastructure mismatch with a pipeline system that has been built to pump crude oil from the Gulf Coast via Cushing to the refineries in the U.S., but not the other way round. Oil from new extraction sources (“fracking”) left Cushing, OK with an oil glut with strongly depressed prices relative to Brent.

Second, financial markets have not been able to leave Cushing behind and switch to another sort of crude oil and/or to a more suitable delivery point as a base (“underlying”). This left the existing WTI financial complex — including derivatives and markets — in place. The persistence of financial markets is stupefying: While the global markets largely shifted to Brent and Brent-related instruments as a benchmark indicator, WTI continued as the leading U.S. index. After all this years as a defunct indicator not only for the global oil market but also for the U.S. market, the financial instruments surrounding WTI are still in place and traded as intensively as before. Without an alternative in place, the lock-in effect of the complex web of financial instruments and financial markets are immense.

In fact, WTI might face a rebound as global indicator in the future, while Brent might decline: The oil fields that feed into “Brent” crude oil are emptying, and other oil fields with different qualities might have to be included in Brent in the near future. So, a similar geography-based “fallout” could happen to Brent as well. Given, however, the stickiness of the financial instruments around a specific underlying, it is hard to imagine that the financial instruments complex surrounding “Brent” as a brand will vanish anytime soon.

While price equilibrium in the global crude oil market was ultimately restored, it took five years to achieve, a remarkable example of how market specificities – legal, institutional and geographical – matter even for the most globalized financial commodity markets. Market participants and analysts who downplay these specifics in favor of generalized and ideal assumptions risk running aground on unseen shoals of geography.

Michael H. Grote’s main field of research is corporate finance and capital markets with particular regard to mergers and acquisitions and private equity. In August 2009 he was appointed Vice President Teaching at the Frankfurt School. In November 2011 he became Vice President for Academic Affairs. Besides he is director of Frankfurt Institute for Private Equity and M&A.

Matthew Zook is an American geographer and professor in the Department of Geography, University of Kentucky. He studies the geography of the Internet, the GeoWeb, economic geography and domain names.

Thomas Heidorn is professor for Banking at the Frankfurt-School of Finance & Management. Investment Banking (Risk Management, Capital Markets, Derivatives) and related questions are at the heart of his research interests. He is managing director of the Centre for Practical Quantitative Finance.