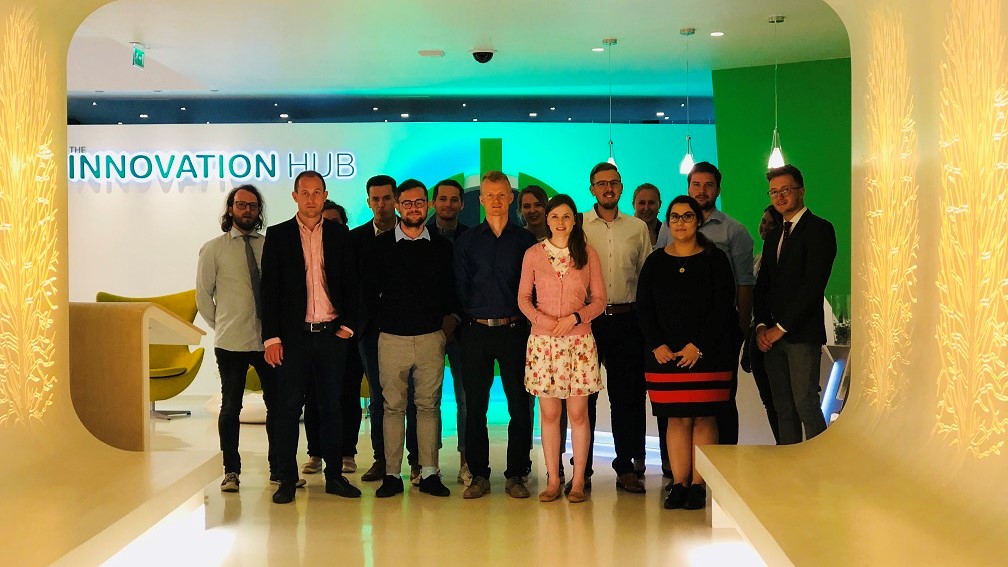 Sven Bassler
Bachelor of Arts Class of 2019
Sven is currently studying part-time in BA finance and management at the Frankfurt School in Hamburg, while he is working full-time at the Commerzbank AG for large corporates in the Nordic region.

Learn more about finance and improve your English language skills – your first idea would not be Paris, would it?

This was at least my opinion. After the International Week, I changed my mind completely. It was especially the topics, in combination with the culinary possibilities, which quickly convinced me to take part in the trip to France which is part of my Bachelor of Arts studies. After a turbulent flight from Hamburg I finally landed in the beautiful city of Paris. The “City of Love” is easily accessible by train from central Germany and due to the extended infrastructure in Paris, it didn’t take too long before my train from the SNCF (public transport) reached my destination and I was able to check-in at the hotel.

The first day at the host university, ESCP Europe Paris Campus, was very exciting. The university impresses with light-flooded rooms and modern surroundings  that make you feel at home. After a brief reception event, the first lecture began. The programme started at 9:30 a.m. on the topic of artificial intelligence (AI) in finance. The lecture was at a high level and we were given deep insights into the possibilities of using artificial intelligence in finance. After an exciting but exhausting morning, the first lecture day ended at 4:30 p.m. Later, after a short break, at 5:30 p.m., our teambuilding activity, a Treasure Hunt took place at the Beaubourg museum, a state art and cultural centre. After visiting the museum, we also had the opportunity to discover the famous culinary side of Paris. The next day my expectations were very high, as the first lecture on AI had already been very interesting.

On Tuesday we visited the company Schneider Electric SE, which is highly respected among students in Paris and is one of the top employers in Paris. Schneider Electric SE is a listed electrical engineering group active in the fields of electrical power distribution and industrial automation. The company is headquartered in Rueil-Malmaison near Paris, represented in 190 countries and employs nearly 161,000 people. It was especially this event which caught my attention, because I could see the theoretical foundations of the first lecture (AI) in practice there. The group tour also fascinated me a lot. The company is impressive, with a modern and open corporate culture. For tours such as this one, the company presented, in several rooms, various state-of-the-art, self-developed devices for the automation of processes, which students were allowed to try out. Through the virtual reality (VR) glasses I was able to use the machine, without having ever used it before, with the guidance of VR glasses.

After the exciting morning followed by a lunch break and drive to the university, we were able to exchange our individual impressions. In the afternoon the next lecture took place, which dealt with sustainable development and corporate strategy in Europe. In my opinion, this was one of the most important and memorable lectures on how we humans can be more sustainable in our working life, thus protecting our planet a bit. This is a topic that affects all humanity. Here the professor was able to provide us with an insight into what needs to happen in the future in order to avert the impending shortage of raw materials and to make companies more sustainable.

The third day started again with a company visit, in this case the SNCF. The Société nationale des chemins de fer français is the French national railway company based in Saint-Denis near Paris. It operates almost all the  ail traffic in France and Monaco. Unlike Electric Schneider, this company was much more traditional. This visit was also very informative, because we were allowed to get an insight into the treasury of SNCF and we were shown a lot on the topic of Currency Hedging from practice.

Closing the loop at ESCP

After a lunch break together, the afternoon started with the theme of Performance Management, which dealt with stake-holders’ expectations. The penultimate day began with the topic of European Financial Markets and ended at 4:30 p.m. with a lecture on Risk Management, as well as Bank Regulation.

And so the last day of our study trip in Paris had arrived. The last topic Team Effectiveness rounded off our stay. The deep meaning here was to deal with teamwork and to strengthen the idea that “Together we can achieve a lot”.

After a final lunch together, we all made our way home with many new impressions.

I can only recommend this study trip. It was the perfect combination of exciting study content and, company visits, without forgetting that Paris is always worth a visit. The beautiful city, which we were able to explore every night, the campus and the great organization as well as the warmth of the hosts, rounded off the journey.