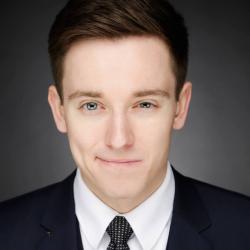 About one month ago, I got off the New York Metro at 116th street to visit a place the students there call the most impressive campus in the most impressive city. I walked past the two statues and the iron gate between them to then find myself walking on a red street lined with trees toward the Low Plaza in the middle of the Campus. A few moments later, I found myself in front of the “Alma Mater” statue, behind it the Low Library, which literally looks like a temple of knowledge with its dome and its pillars. On the other side, was the Butler Library with its meter-high windows through which you can see students studying all day and night. This was the first time I saw Columbia University and had the first glimpse into my year at Columbia, Harvard, and MIT, where I would be spending my semester abroad, which would turn out as the most challenging, shaping and fascinating year of my life.

Well, Ivy League and Columbia University in the City of New York, these are names you speak out with veneration and respect as a young student. Here, at a place where 72 Nobel laureates, several presidents and famous actors have learned and taught, I would spend the next half a year.

Getting to New York

But let’s start from the beginning because when you are preparing to be a student at Columbia there are a few things you should keep in mind:

It starts with your arrival in New York. If you book your flight too late, for example in July, you might have to check every weekday around your date of arrival, otherwise, you will have to pay almost three times as much as the rest.

After arriving in New York I lived with some friends who rented an Airbnb apartment near Times Square. This way I could settle in and start looking for flats on craigslist and NYhabitat while I had a place to stay. You can also use the Columbia Facebook group or the university internal website for rooms and shared flats. That is, where I found my apartment five minutes from the campus at 110th street.

Getting in touch with CU’s student life

Now that my apartment problem was solved, I could start looking for ways to meet people at CU and find my place within this huge university.

At this point, I want to tell all of you that you should really explore the campus before the semester begins. There are several events you may not want to miss out on during this time. Despite there being an initiative fair with more than 300 student clubs at the beginning of September, some groups like the newspaper “Daily Spectator” start recruiting earlier. If you have the chance to make friends with new students (freshmen), you might even be able to sneak yourself into some of their New Students Orientation Program (NSOP/ISOP) Events. I would warmly recommend visiting the final event where many of the student clubs do performances for the new students in the auditorium. At this point, I got in contact with Columbia’s diversity for the first time. They had Chinese Wushu Kungfu, Korean Hip-hop Dance, classical interpretations of modern pop songs and Indian belly dance groups.

The lifestyle at Columbia

Just a few days later my semester started. If you are from Germany, you might think four courses a week sounds like a relaxed time. Well, after one week you will realize how wrong you were. Several hundreds of pages to read per week, weekly graded assignments, and short, mid-term, and final exams keep you busy. On the first few weekends, you might even end up in one of the libraries working through case studies, books, and doing team work for 10 to 15 hours. During the week, on the other hand, Columbia provides plenty of opportunities to release stress. The universities huge 4 floor gym with a pool and running track is one part of it. They also have student clubs where you can make and record music, learn martial arts, have political discussions, and so much more. This is also one of the best ways to meet new people from different backgrounds on campus; especially if you are under 21 and cannot access all the small bars around campus to enjoy some beer with your fellow students.

Finally, I had to ask myself if the 40,000$ for rent, tuition fees, food, and traveling are worth it. If you ask me, they totally are! The chance to study in such a diverse environment, to work hands-on, and to learn from professors who have their own companies, have worked for governments or even hold a Nobel Prize is a unique experience.