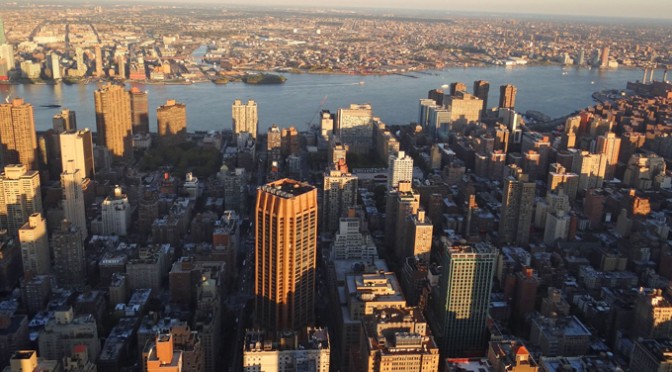 I was six years old the first time I went to New York City. I was born in a small city in rural United States. Nothing, in the world has ever compared to this city for me, and nothing ever will. I was fortunate enough to have an aunt and uncle living in the city, so quite frequently growing up we spent summer vacations there. To me, it felt like the entire world morphed into this chaotic place and I was fascinated. My Aunt told me every time she drove into the city as a kid, she always said to herself one day she would live there. Thirty years later, it is still her home; and every time I see New York City, I hope one day in my life I can call it home.

For now, I am happily living in Frankfurt, Germany. It is not very common for Americans to move abroad but part of my fascination with New York City drove my desire to experience the world. New York City offered a microcosm of world; a place where it had its own unique culture made up of each culture in the world. People come to the city for everything, work, play and even love. Experiencing this city began my fascination with the world. We traveled a lot growing up and I became riveted by different cultures, customs, norms, and ways of life. Every opportunity I had to travel, I took.

During my bachelors I studied Political Science, but mainly focused on international relations. I looked extensively at the international political system such as understanding how countries communicated, interacted and functioned in the world. To me, national boundaries always seemed rather archaic. As an American, I have so many places I “come from”. My mother’s family is Russian, while my father’s family is Guatemalan and German. In the twenty-first century, living in Germany but coming from America, I feel more like a global citizen than citizen of a certain country. And that is why the United Nations strikes such an important note to me. It allows citizens of each country to look beyond the boundaries of their nation, and come together to see the entire world. Only a handful of people get to experience this because they are the delegates to the United Nations. But the Model United Nations program, allows any student to experience this phenomenal thing.

I am so enthusiastic to be taking part in the Model United Nations conference in just one week in New York City because it brings together everything that fascinates me. I will once again travel back to the city that has inspired my life’s path. And I cannot thank enough Bankakademie e.V. for sponsoring my scholarship for the conference. Now I will be one of the fortunate individuals to take part in a conference with literally the entire world. A conference that promotes the notion that we are above anything else, citizens of the world. Especially during a time testing us to come together against global climate change, violence, war, hunger, inequality and poverty. This conference lays the groundwork for students from around the world, to look past the lines drawn on a map, and work to promote the wellbeing and security of all.