Measuring Political Risk and its Effects on Firms 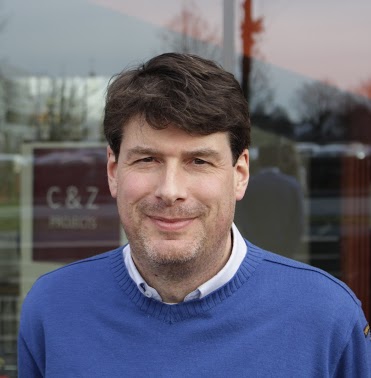 Laurence van Lent and three colleagues from TRR 266 Accounting for Transparency have analyzed corporate conference calls in which companies discuss their financial results, to measure how much time executives spent talking about political risk and how this correlates to future actions of the company. They found that when a company spends a greater portion of its call discussing political risk, it is more likely that they will take actions to manage the risk, such as reducing investments and new hires, as well as donating and lobbying more on the topics they find concerning, as Van Lent explains below.

From the UK’s vote to leave the European Union to the threats of the US Congress to shut down the federal government, recent events have renewed concerns about the effects of risks emanating from the political system on investment, employment, and other aspects of firm behavior. The size of such effects, and the question of which aspects of political decision-making might be most disruptive to business are the subject of intense debates among economists, business leaders, and politicians. However, quantifying the effects of political risk has often proven difficult due to a lack of firm-level data on the extent of exposure to political risk, as well as a lack of data on the kind of political issues firms may be most concerned about. We present a novel approach to measure the political risk faced by firms.

In our new publication, we use textual analysis of quarterly earnings conference-call transcripts to construct a firm-level measure of the extent and type of political risk faced by individual firms listed in the United States. The vast majority of firms with a listing on a US stock exchange hold regular conference calls with their analysts and other interested parties, a forum where management gives its view on the firm’s past and future performance and responds to questions by call participants about any challenges the firm may face. Our approach to quantifying the extent of political risk faced by a given firm at a given point in time is simply to measure the share of the conversation between participants and firm management that centers on risks associated with politics in general, and with specific political topics.

Our research shows that our new measures indeed capture political risk. For example, the mean score for overall political risk increases significantly around federal elections. Furthermore, we show that our measure correlates with firm-level outcomes – such as volatility, investment, employment, political donations and lobbying activities – in a way that is highly indicative of reactions to political risk. Standard models predict than an increase in any kind of risk, and thus also an increase in the firm’s political risk, should trigger a rise in the firm’s stock market volatility and decrease its investment and employment growth.

In contrast to these “passive” reactions to overall risk, firms may also “actively” manage political risk by donating to campaigns or lobbying politicians. According to the literature, such active management of political risks should be concentrated among large but not small firms, because large firms internalize more of the gain from swaying political decisions than small firms. Our results are consistent with all these predictions.

Political risk at the firm level

Interestingly, we find the incidence of political risk across firms is far more heterogeneous and volatile than previously thought. The vast majority of the variation in our measure is at the firm level rather than at the aggregate or sector level, which means that the risks are not always felt industry-wide. This focus on the firm-level, as well as the fact that most companies act to mitigate the perceived risks of new policies before these are in place, confirms the usefulness of analyzing earnings calls to gauge the effects of uncertainty. In the paper, we also show that this heterogeneity and volatility of political risk can “add up” to decrease the efficiency of resource allocation in the economy, which ultimately has macroeconomic consequences.

One encouraging consequence of developing a new measure and making the data available to other researchers is witnessing the range of applications in which people have started to use our measure. These include studies about the politics of tax evasion and on the consequences of higher carbon emissions on stock prices. Our team is currently working on exploring the role of political risk on credit markets and on asset pricing. We have also developed a separate measure for the exposure of firms in the UK, the EU, and the rest of the world to Brexit and are currently exploring the likely economic and political consequence of the UK leaving the European Union.

Ultimately, the lesson learned is that Accounting Transparency matters not just to better understand a firm’s (economic) performance, but that it is source of information about a broad range of (unexpected) issues, including the state of the economy as a whole.

More interested in this topic? Find exposure to political risk for each firm that is listed on a US stock exchange since 2002 here.