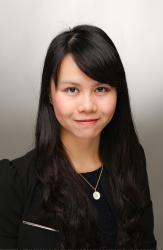 “Does China have the audacity to change?”

With this question in mind the MIB students of Class 2016 set out for China on a two-week discovery of the Country that is in everyone’s mind but still remains a myth to most. The two-week MIB learning trip turns out to be an invaluable and memorable journey as we dragged our luggage and hungry feet and minds across this vast inexhaustible land, from Beijing to Wuxi to Shanghai.

Beijing provided a colorful introduction to Chinese culture and the distinct Chinese experience. The capital got us dizzy with mass and mass of people moving forward, backward, in all directions. The amazing thing about living the Chinese miracle is that change is happening so fast and change is so pulsating in every corner of this metropolis that it seemingly infected us with this insatiable desire to learn and see (and eat and drink the Chinese experience). With only four precious days in the capital, we did all the possible, beside a packed schedule of company visits, we dabbled in every Beijing thing from dumpling and Peking Duck feasts to Chinese tea ceremony to an exhilarating hike in the crowded peak of the Great Wall of China and running through the endless gates inside the legendary Forbidden City.

The quality of connections to China that Frankfurt School managed was pretty remarkable and hence the diversity of companies and industries that we were exposed to during the entire trip was quite extraordinary. Right from the very first morning in China we already spent two extremely productive hours quizzing the Chinese director of a Statistics, Information and Consulting service company in the Agricultural sector, on everything from the quality of statistical measures in China, to food scandals to China’s changing food baskets, voicing over the help of two native translators. At a joint-venture between a large German corporation and a Chinese one that was the second largest in the world, we learnt to appreciate the kind of “German technology, Chinese service” synergy that helps this kind of cooperation flourish in a very competitive industry.

After Beijing, we took off for this industrial city one hour away from Shanghai.

The standard and level of development for an only so-called third-tiered city like Wuxi quite astounded us. Vast building projects popped up everywhere, the metro system was extremely decent, and the city is a nice mix of modernity and tradition. We were especially so in love with the old town, and spent a lovely night there, savouring in the traditional feast, music, watching life gently flowing by, for once in China.

Again we visited an interesting mix of companies. Among those was a 100% German-owned factory in the Wujin Hi-tech Industrial Zone of Changzhou, one of the German hidden champion that had a great story to tell. Greeted by the General Manager himself, I truly appreciate the level of thought and appreciation that the company put in to organize the visit and welcome us. We were also completely blown away from the level of hospitality that overwhelmed us at the reception by a Chinese company manufacturing automotive parts.

If you think Shanghai will ease you into your China experience after the overwhelming capital, don’t be fooled. 24 million people is still a number that seems hard to fathom. Just imagine the great amount of energy radiating from this bustling metropolis every second and every minute, pushing you forward. Once the fastest growing city in the world, Shanghai is enormous, overwhelming, impressive, and fun on many levels. As I think back on the one week spending here, what left was an impression that I was truly unexpectedly charmed by the city, with its futuristic skyline of Pudong, across the Huangpu River from the eminent and seemingly immortal Bund.

While in Shanghai, we visited a power transmission plant on the outskirt of Shanghai, the first company in China with an overt vision and mission. It reads:

I don’t know what to comment of it. Except that it sounds very Chinese. And the unwitting tone that borders almost on naivety and positivism, probably underlining how this hugely complex giant of a civilization, historically bogged down with so much sentiments of repression and duress, has managed to rise so fast, so lean.

Two weeks of time is like a droplet of ocean in the vast indefinite world of Chinese culture and civilization. The perspective that we managed to gleam from these two weeks on China is probably only a microscope of all that is happening and changing China everyday. But these two weeks has left an incredible amount of memories in each and everyone of us. It had been challenging, exhausting, frustrating, overwhelming, productive, amazing, and fun. We are very thankful for this kind of learning experience that brought scintillating perspective to classroom learning.