SEMESTER ABROAD
Why Moscow is an amazing destination for your semester abroad
Bachelor / 13 April, 2017 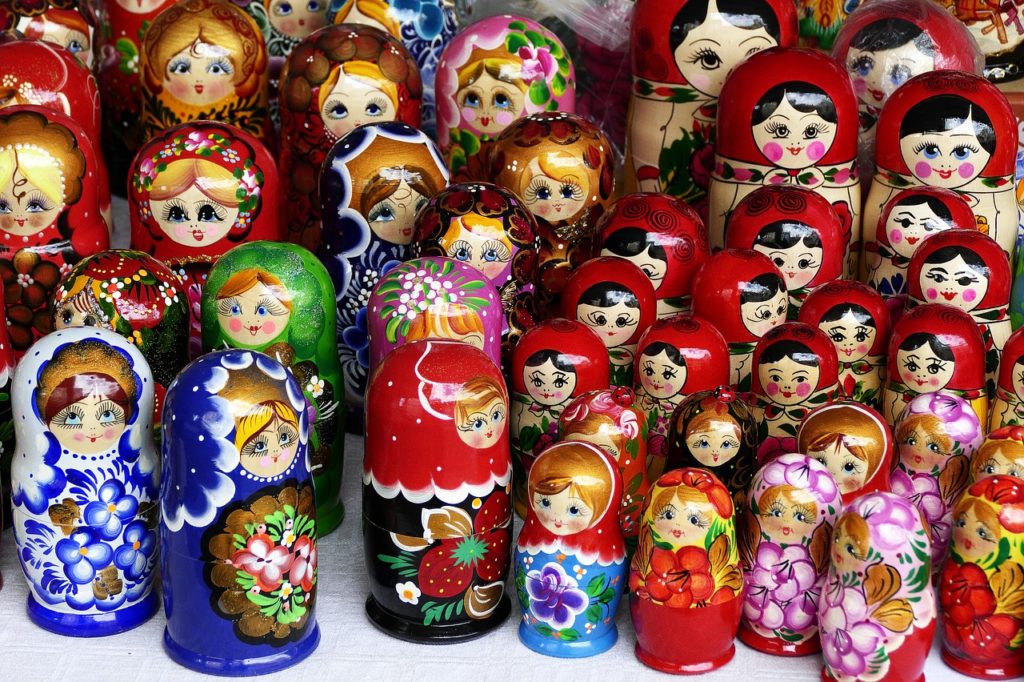 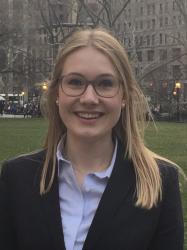 Moscow might seem like an unusual destination to choose for your semester abroad. You neither have the beach close by, or the warmest weather, especially when you decide to go there in the summer semester. Also, you might not even speak the language or are able to read the Cyrillic alphabet. Still, Moscow is an amazing and fast changing city. With estimated 15 Million residents within the city limit, it in the largest city entirely on the European Continent. I wanted to try ‘something different’ and gain the experience of the “New Russia” for a Semester.

“But why Russia and why Moscow”, I was asked many times during my first weeks here. Honestly, I cannot give too much of an explanation. I often simply explained that I learned Russian as a second language in High School and wanted to properly learn it as I forgot most of it due to a lack of practice. Also, I explained, that I have a Russian friend who encouraged me to go to Moscow as she always very positively spoke about her time there. Mostly, I guess I was curious to experience a culture that is in distance not far located from Germany, but still so different when interacting with people. When I was 14 years old I had the first impression of Russia, when I participated in a school exchange to Vologda, a city almost 500 kilometres north of Moscow. It was an interesting trip, leaving behind a curiosity for the country.

When January came around, my Russian experience finally started. Getting the required student Visa was a very easy process and the pre-departure information from Higher School of Economics (HSE) left no open questions.

Well, there was only one thing I was definitely not prepared for: The weather…. The day I arrived it was minus 30 degrees in Moscow. Minus 30…! It actually sounds much worse than it actually is. The air is very dry, making it more bearable, still, still the hair in your nose freezes if you do not breathe through a scarf, your hands feel numb even through thick gloves, your mascara becomes liquid and your contracts give you the feeling like they freeze to your eyeballs. On the bright side, you will survive! People in Russia do not complain as much, helping me push through the first week of very cold weather, but definitely also the right clothing.

After the first week, the weather got significantly better, and now in the beginning of April, we have constant temperatures around ten degrees, which feels very nice and even warmer when the sun is out.

Still, you might wonder why I am so fascinated by Moscow and its people and there are so many reasons!

Before coming to the city itself, you should understand its inhabitants. The people living here are neither European, nor true conservative Russian, rather a mixture of both with a metropolitan influence. You will find many aspects of European culture, for example you get the impression that people in Moscow prefer wine over Vodka despite all stereotypes. The traditional Russian influence nevertheless becomes visible when interacting with people. Russians in general have a very hard shell and only when you get to know them closer you will experience their soft core and their very emotional interaction with each other. Of course, your experience is dependent with what kind of people you interact and what their social background is. What you experience in the city center as a culture is also different from the culture in the outer districts. While downtown people are mainly focused on business and their interest, in the outer districts you can find more collectivistic and traditional oriented people. For me, I experienced the city center as more European and Metropolitan while my living area is more Russian to me.

For the Moscow as a city, I firstly fell in love with all the decorations for New Year and Christmas. The entire city center was beautifully decorated with arches of light in traditional patterns, tunnels made out of fairy lights and tree made out of fairy lights. I felt like in a winter wonderland with all the snow. Especially during twilight, everything was just magical!

Together with some friends I took so many walks within the first week just to see all the decorations and soak everything in.

Also, the little Christmas markets  were very beautiful and worth visiting, besides all the traditional crafts also treats and Glühwein (which is very popular here) were served.

Around the end of February, another nice holiday was celebrated – Maslenisa, also known as butter-week it is a celebration similar to carnival where you can eat tons of blini (Russian pancakes) with all different kinds of topping from powdered sugar to caviar. Again, the entire city center was nicely decorated and different activities were set up all over the city.

Right now, the city is getting ready to celebrate Easter and once again the decorations are in full force.

Even when there are no decorations, walking through the city center and admiring all the beautiful buildings is an amazing activity especially on Sundays when everything is slightly less crowded. After more than three months, I still find new areas where have not really been to. Some are just nice residential areas and other have unique coffeehouses and restaurants. I often enjoy a coffee and a piece of cake (because that is one thing the Russians do very well!) with my friends and just talk and watch the people passing by. Another fun activity is taking walks in one of Moscow’s many parks, which gets more and more enjoyable as the first flowers are peaking through the ground.

In contrast to all the old and majestic buildings, stands Moscow City the recently build business center with architectural impressive skyscrapers. This part really has a sense of how living in the future can be as all buildings are connected with each other through underground tunnels from the shopping mall located in the middle of Moscow City.

Even when it is not nice and sunny, museums like the Tretyakov Gallery and the Pushkin Museum are very interesting to visit and the tickets are very inexpensive for students.

Another great thing about Moscow is the Metro. You might find many people complaining about and saying it is old and loud, which is very true. Without a doubt, it is still one of the most efficient metro systems and you get basically everywhere by metro. Yes, most of the trains are very old and you cannot even talk to your neighbor without shouting at each other, but despite being so old all the trains have Wi-Fi and the silence when there are no trains in the station is just wonderful. Now, more and more new trains are used making the rides more comfortable and definitely less noisy.

For myself, I am amazed every day how beautiful the metro stations are. They are real palaces deep under the ground and some of them are just breath taking! Also, all the stations are very clean which Frankfurt should definitely learn from!

Nevertheless, you will often find yourself squished between hundreds of others trying to get to work or home during rush hour. Often you are not even able to take out your phone or even move. Every day I am just amazed, how many people there are traveling around the city. After some time, you will also realize that you are just one in 15 million trying to get somewhere in the city and around.

Nevertheless, you are not only there to explore. With HSE, Frankfurt School has one of the best partner institutions. HSE is very liberal in its views and despite being founded only 25 years ago it is the leading “new” institution for higher education in Russia. Exchan
ge students have the possibility to choose offered courses in the semester on any level. I used this opportunity to also choose courses outside my field which seemed very interesting to me. This also gave me the opportunity to meet even more people and broaden my horizon. All professor I currently have are very interesting and deliver excellent lectures.

Additionally, the Erasmus Student Network at HSE also takes good care of all incoming students. They plan many interesting trips in Moscow and around Russia which are all worth participating in. I joined them on a tour through the Kremlin, visited Stalin’s Bunker with them and took a trip to the nearby city Sergeyev Posad which was just breath taking.

They also organize weekly “Cultural Cafes” where exchange students have the possibility to present their country and student parties and other events.

Not to forget are their amazing volunteers for the Buddy program. I was fortunate to get the greatest Buddy you can imagine. She helped me with every possible problem and when I had a problem she did not hesitate to help me. On top of that, she is one of the kindest people I met and spending time with her is always a lot of fun.

To wrap up all the different aspects, I can only encourage you to consider Moscow and HSE for your semester abroad. Moscow is a very unique place and spending already three months here has been a great pleasure. I have never experienced such a vibrant city before which has so many faces that even after three months I still struggle to describe what it is like living in Moscow and the contrasts could not be more extreme. And even if you do not spend a semester here make sure to at least visit the city and get lost in all its shine and glamor. You will not regret it!