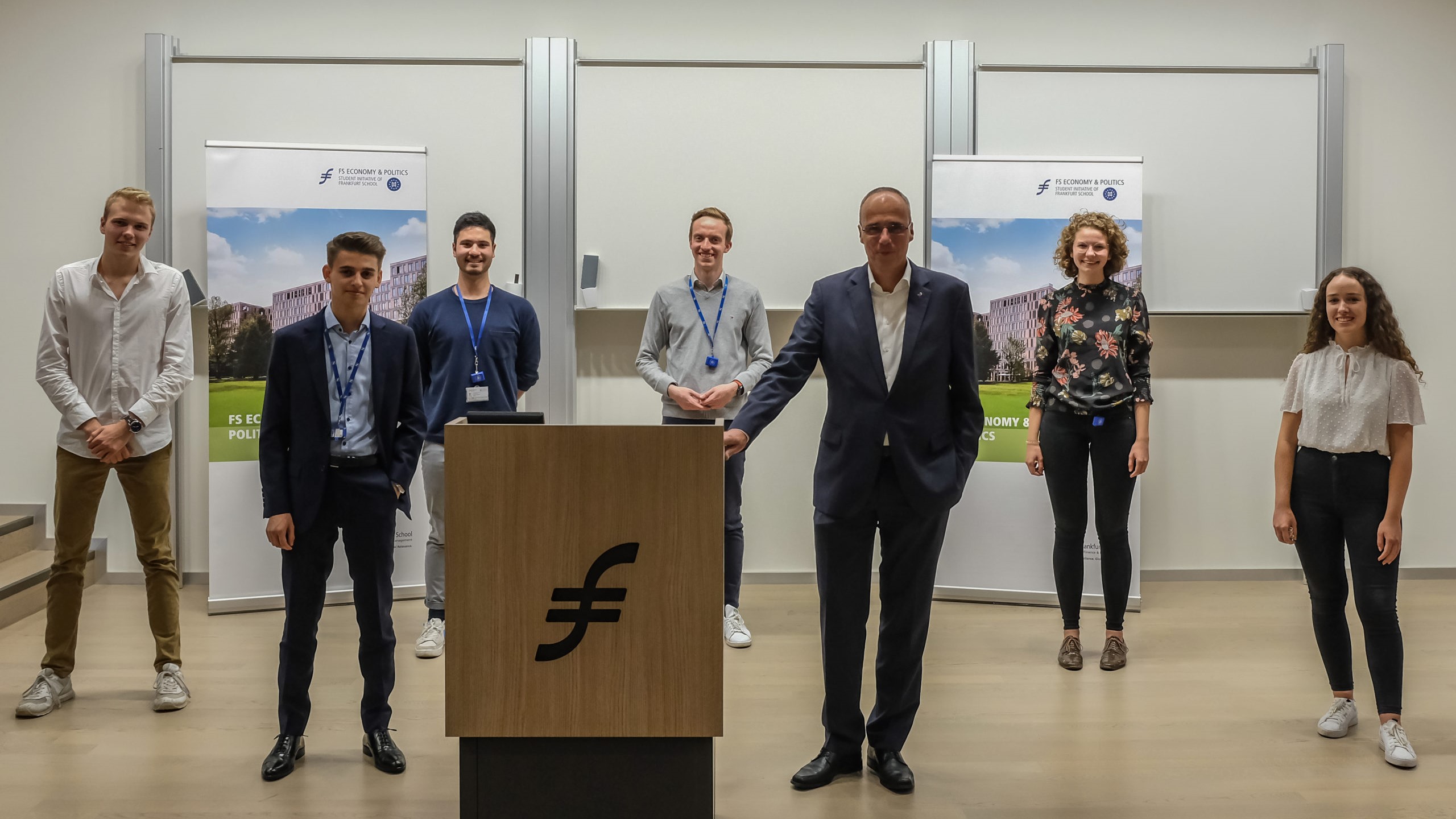 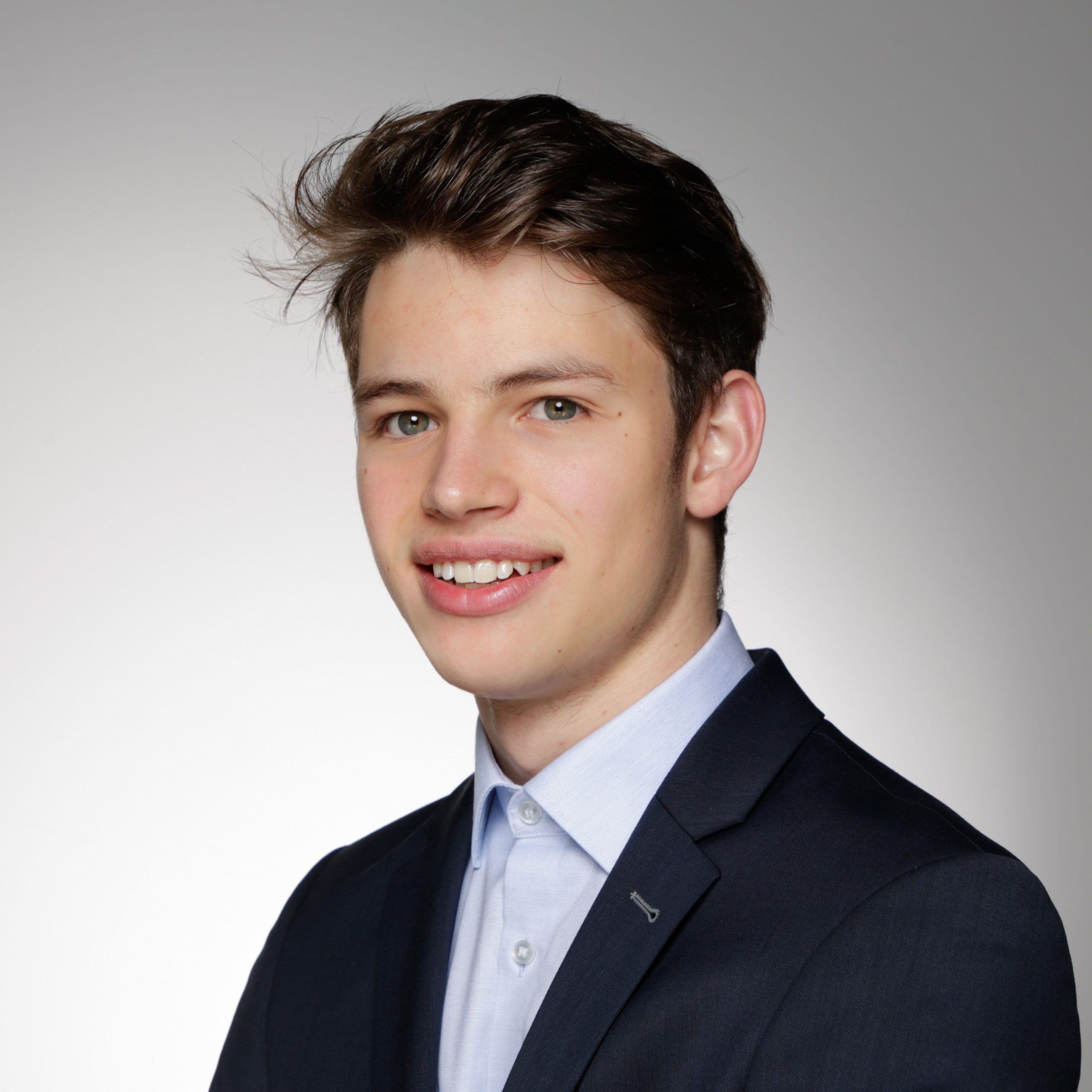 “Our duty is it to protect human lives. We do everything for that.” With this quote, Marc Ziegler, Department-Head of FS Economy & Politics, introduced Peter Beuth the secretary of the interior and sports in Hesse who hold a speech at Frankfurt School about the topic “Pandemic in Hesse: safety in times of corona”.

Who is Peter Beuth?

Peter Beuth is a German politician, member of the Christian Democratic Union (CDU), and deputy in Hesse. Beuth studied law at the Johannes-Gutenberg University in Mainz, where he graduated in 2001.

His political career started in 1983 when he joined the “Junge Union Oberhausen”. For 7 years now, he is a member of the federal board and is running the federal committee for home affairs of the CDU Germany. Since 2014, Peter Beuth is the secretary of Hesse of the interior and sports.

After Marc’s introduction, the president of Frankfurt School Prof. Dr. Nils Stieglitz, also welcomed secretary Beuth and pointed out one important aspect: in the last months the respect for politicians has grown again. Since decisions made by politicians like Peter Beuth have to protect human lives, these decisions have to be shaped in an adequate dimension. Politicians have to find the right balance between guaranteeing a safe environment for their citizens by means of restrictions and on the other hand guaranteeing constitutional rights – the highest concern of every functioning democracy. Therefore, secretaries as Peter Beuth must justify and overthink the current corona measures every single day.

When Peter Beuth started his speech, he directly referred to Prof. Stieglitz’ aspect that the respect for politicians has not always been very high and added that the same holds for the German health care system which had always been criticized from different political angles for having either too many or not enough market economy elements and thus not works properly. In his opinion, this cannot be justified since Germany mastered the corona crisis till now comparatively well. But the lack of respect, especially for governmental institutions, was an important aspect to him. Being the secretary of the interior in Hesse, he stressed the increase in violence towards the police over the last years, which climaxed during the corona crisis inter alia at the excesses on the “Opernplatz” in Frankfurt, where civilians brutally attacked the police. Due to the increase of serious violence, Beuth supports stronger penalties for everyone who attacks members of any governmental institution and demands terms of imprisonment for those.

Everyone has a responsibility for society

Although Beuth supports a stronger government when it comes to violence towards the police, one cannot say he is a supporter of a strong state in general. This became quite clear when a fellow student asked what the police can and will do about these people that do not take the COVID-19 measures seriously and celebrate extensive parties in their apartments. Secretary Beuth’s answer was simple but evident: They are not willing to do anything about it, not because they are not interested in the safety of their citizens but enforcing corona restrictions at peoples’ homes would require surveillance. This would not be in the interest of any democratic state.

This statement also highlights the key message of Peter Beuth’s speech and the arguments he presented during the discussions with us students: It is the state’s duty to protect human lives, but also every single citizen has to assume responsibility for him- or herself and by that for the entire society. Only by that, it is possible to guarantee overall safety in these challenging times of corona.