Are Powerful Managers Good or Bad for Firm Value? 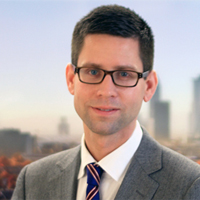 In a new working paper, titled “Managerial Voting Power and Firm Value”, me and my coauthors Markus Glaser and Matthias Bröcker highlight an alternative entrenchment device that is important but relatively unexplored—the voting power associated with managerial voting rights. Why should we care? Well, conceptually, a large ownership or voting stake is neither necessary nor sufficient for a manager to become entrenched. The reason is that a manager’s voting power—that is, his ability to affect the outcome of a shareholder vote—depends not only on the size of his stake, but also on the distribution of voting stakes among other shareholders.

Our study uses data from Germany and documents that managerial voting power leads to managerial entrenchment. To show this, we construct a measure of managerial voting power, which we subsequently relate to firm value. Intuitively, this measure calculates the probability that a firm’s manager will be pivotal in voting decisions at the annual meeting. The advantage of this measure is that a manager can be powerful even if his ownership stake is relatively small.

What are our exact findings? First, we show that Tobin’s Q, our proxy for firm value, decreases significantly when voting power rises. This confirms that voting power is bad for firm value. Second, we show that firm values substantially decrease following the German capital gains tax reform of the year 2000, which intended to facilitate the break-up of corporate blockholdings (the so-called “Deutschland AG”). To accomplish this goal, the German parliament abolished taxes on capital gains accrued to corporate shareholders, who had been taxed at 52% before the reform. Thus, for corporate shareholders such as banks or insurance firms, the reform reduced the cost of disposing of equity stakes. Importantly, the reform did not affect managerial ownership because the tax relief applied only to corporates. We use the reform as it increased the voting power of those managers who possessed ownership stakes prior to the reform. To estimate the effect of voting power, we compare how the value of these firms changes from before to after the reform, relative to firms in which pre-reform managerial ownership was zero. We find that firms with pre-reform managerial shareholdings experience a decrease in Tobin’s Q by 21%, while untreated firms see virtually no change.

We then study the mechanisms behind the value-destroying effects of managerial voting power. We document that the entrenchment effects of voting power are substantially weaker if external governance forces are stronger. We then investigate specific channels of value destruction by powerful managers. We find that powerful managers run their firms less profitably, generate lower sales from their asset bases, and perform more value-destroying acquisitions.