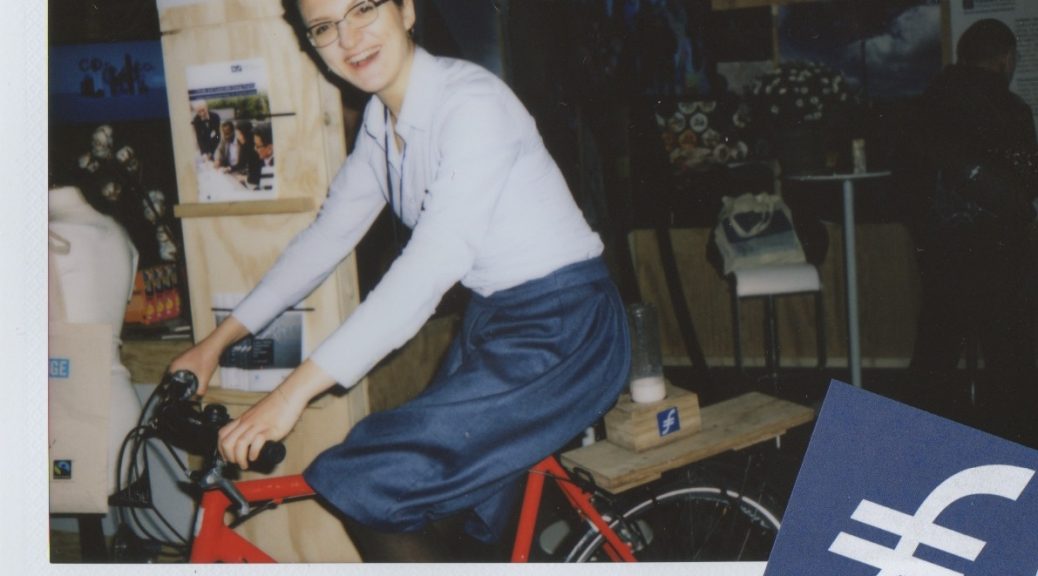 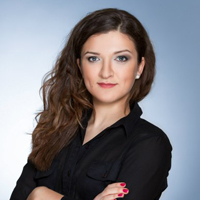 Yulia Botsman
Master of Finance Class of 2017
Yulia is a Master of Finance Alumna. Since completing her master’s in 2017 she started an Investment Banking role for J.P. Morgan and since then has worked for Citi, Deutsche Asset Management and Crédit Agricole CIB. She currently works as a Quantitative Fund Analyst for Deutsche Apotheker- und Ärztebank.

An exclusive opportunity to attend an International and Global Event, listen to the opinions of the most experienced and influential policy makers – my day at ADB Summit 2016.

I had a pretty tough week – 3 exams, part-time at the office, but it did not stop me from planning a tight schedule and rushing to ADB summit, where I helped to find a breach in security, resolved my long-lasting misunderstanding of negative rates and, finally, got a good grasp of the latest updates on so appealing to me Emerging Markets.

I visited one seminar and three panels, where I was among the minority who took notes. I tried to look at the notebook of an elderly man from KfW in order to understand what exactly he notes – and he did it rarely and shortly.

Mr. Draghi opened the first panel I attended and stayed as a listener until almost the end. I was, as always, fascinated at how smooth and well-structured his speech and argument were. Starting with the fact, that mandate of CB is strictly internal, he acknowledged strong ties and dependencies. The goal of every country is now to raise the demand for capital, so that savings are not worthless and abundant. Therefore, according to Mr. Draghi, negative interest rates in middle term as also in long term benefit both investors and savers, as economy grows and everyone who has claim on output is better off. He concluded that savers and borrowers have same interest and that this economic policy gives a good platform and implies more active fiscal policy. This ties well with economic theory – because of low rates there cannot be second order effect per se.

During the “The Future of Financial Markets: A Changing View of Asia” I learned that intervention of any kind by the international institutions is essential in developing countries. Governments are usually reluctant to promote growth. Three main pillars were identified:

Speakers mostly agreed on all topics and just added some sentences to each other’s opinion.

As to cultural differences, the speakers laughed – business is business everywhere, everyone is after profits, so, no need to say that anyone loses on deals until they are accepted.

The final suggestion from China was that countries should open up to global trade, though it might be painful at first. It is widely claimed that China abuses their trade advantage, “Why do you not do it?” – Was the answer.

What still bothers me is that they discussed Asia as a whole, and, actually, this drawback was mentioned. But the common goal for now is to increase connectivity in Asia itself, because they are quite well connected to outer world but still lack on-earth infrastructure with each other.

Apart from knowledge I got to eat some Eastern cuisine served at the Networking space; while I was standing in line for fruit I overheard: “No, Mary, I do not work anymore. I am still on the Board of 5 to 7 corporations in Netherlands, but it is like retirement”. Later, when I was silently devouring the dessert flatbread with raisins, I was given two cards by bankers from Myanmar, and during welcoming drinks and snack at the reception by the host country I laughed and chatted with Managing Directors of a Bank and a Fund, Structured Product analyst and a professional lawyer.

There has been only description of networking and knowledge so far, but what you could do as well at the ADB summit is to get to know Germany and Hessen better. One could go around the Networking area and visit different stalls owned by local organisations as Bankenverband, KfW, Metropolitan Region Frankfurt am Main, where I learned about public and private initiatives, green energy and tried locally produced healthy and sugar-free Green Tea as well as Wackers’ Coffee. Did you know that they are roasting coffee in Hessen?!

And, of course, I spent some time at the FS stall. It was really catchy – everyone could ride a bike and shake a strawberry cocktail! I got the most wonderful picture and also talked to representatives of UNEP. I was long interested in the project and had a lot of questions to ask. All in all, I am really thankful that Frankfurt School gave me opportunity to be in the first row of the very real Economy Play-field and see more opportunities for my own development, maybe in Asia!