Too stressed to make smart purchases? 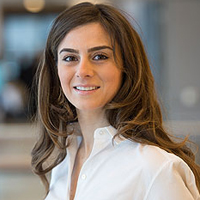 This article was published in the EurekAlert in the Journal of Retailing at New York University. The content was slightly changed by Frankfurt School.

For all the wonders of mobile communications, the ability to multitask via phone while shopping in a store may not be a blessing, according to new research. Studies show that shoppers engaged in a mobile phone conversation while trying to shop are less successful at the shopping task at hand.

In “When and How Multitasking Impacts Consumer Shopping Decisions,” togehter with my colleagues H. Onur Bodur of Concordia University and with Etienne Bressoud of the BVA Group I explored how multitasking affects shopping task performance, that is, a consumer’s ability to accomplish their shopping plans.

We set up shopping scenarios that controlled for the distraction of multitasking and for the mindset of the participants. In one study, participants were asked to purchase low-calorie snacks for a get-together. They were asked to imagine that they were shopping to buy three different snacks to share with a friend with whom they were traveling. They were told that both they and the friend were on a diet, and did not want to consume more than 500 calories on snacks per day. Thus, they needed to choose snacks that totaled 500 calories or less. Plus, they were on a tight budget. Some were asked to listen to a voicemail message from a friend at the same time as they completed the assigned shopping task.

We made certain to determine whether the participants in each situation were in a deliberative, or “why,” mindset versus an implementing, or “how,” mindset, because the former requires more cognitive resources while the latter are more intent on completing the task. The results showed that while the more determined “how” shoppers were minimally affected by multitasking, the performance of the “why” mindset shoppers suffered, with their purchases tending to exceed the caloric limit imposed.

We suggest that multitasking for those in the “why” mindset may lead to faster, less careful decisions in this case, resulting in higher total calories of the snacks chosen. We attribute this effect to a degree of mental stress induced by the distraction of multitasking.

The managerial implication for retailers, we conclude, is that, given the prevalence of multitasking, retailers should consider ways to reduce stress in the shopping environment.