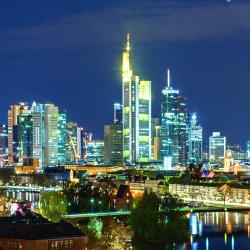 Blow a few grand on a gold watch, and you can help sustain tech firm profits. Apple

By Ronald Klingebiel, Frankfurt School of Finance and Management

The profits generated by some technology firms are awe-inspiring, serving as beacons for those at less fortunate enterprises. Devices have accounted for a large part of that success, particularly smartphones.

But challengers trying to follow this route to profits are likely to be disappointed. The role that devices play for industry profits is changing.

At the turn of the millennium, functions as varied as that of a calculator, organiser and camera converged in smartphones and convinced people to fork out considerable sums of cash. Those were good days for engineering firms such as Motorola.

Then apps came about, and consumers made their device purchase decisions on the basis of where they could access the largest number of them. This was the golden moment for Apple, which offered an attractive device that linked to a marketplace of software applications that it controlled.

Adopting this recipe, most competitors’ phones now look the same and so, thanks to the ubiquity of Android and newer html5-centred operating systems, does the range of available applications.

With such similarity across the board, competition has become about the apps themselves and the services behind them as they are the primary driver of user productivity and satisfaction. To steer consumers toward the right apps, the devices remain important – which is why software and service providers want to sell them too, including Amazon and even Tesco.

But the leading tech firms no longer make serious money due to their unmatched hardware capabilities, but rather by providing a superior ecosystem of cloud-based software and services.

A lack of the latter caused a slowdown in Samsung’s recent growth spurt and left Sony’s profits in freefall. Yet other firms may get a second lease of life. For example, Microsoft missed out on the first device bonanza due to lack of hardware ownership and on the second one due to late entry into smartphone operating systems and app stores. Thanks to its widely used applications, however, Microsoft stands a better chance of competing in the third round, in which cloud ecosystems matter – perhaps facilitated by its relationships with hardware vendors and Nokia’s phone unit.

In any case, devices on their own are no longer an indicator of profits. No matter how sophisticated its hardware, the usefulness of a device is determined online. Even new product categories such as smart glasses and watches are unlikely to generate the kinds of device profits that we saw with smartphones – largely because they render little extra functionality beyond serving as conduits to the world of online apps.

But besides acting as bait for online services, devices could also acquire a second purpose that could spell profits for savvy firms: that of a fashion statement. Not the “I’ve got the latest gadget” sort of cool, but serious fashion that is blind to functionality.

Just as some people are willing to pay a few thousand dollars for a designer handbag even if it is, functionally, identical to one from a high-street store, so people will now pay over the odds for Beats earphones and Apple Watches, simply for aesthetic reasons. The large margins in high-end fashion accessories thus provide an alternative route to tech profits.

So as you watch product announcements these days, pay attention to what companies intend their devices to be. Devices that are perhaps technologically unimpressive but drive traffic to online services, such as Amazon’s Fire, or that simply appear amazing to sight and touch, such as Apple’s gold edition Watch, augur profits. Devices that chiefly work better than others are no longer harbingers of commercial success in the technology industry, strange as that sounds.

Ronald Klingebiel researches and advises companies in the telecommunications and high-tech industries. His work attracts support from both corporate and government funding sources.

This article was originally published on The Conversation.
Read the original article.