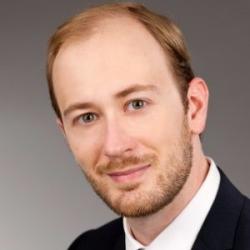 Simon Acker
Part-time MBA Class of 2019
Simon is a current student in the Part-time MBA and will graduate in October 2019. Simon is currently working as Coordinator Corporate Finance at SEI ANTech-Europe GmbH.

Standing at the Bund gazing at the Huangpu river and the lights of skyscrapers and advertisement boards being reflected upon its waves, one finds time for contemplation. The momentous, fast change for which Shanghai and its skyline became a world-renown symbol, stands in stark contrast to the sense of eternity and the large bends and currents of Chinese history of which the Yangtse may remind us.

Much has been written about Chinese economic and political ascendancy. Shanghai is one of the centers of Chinese entrepreneurship, China’s undisputed capital of finance and it sports the world’s busiest port. Whether viewed as a threat to a comfortable status-quo or eagerly anticipated because of the potential of China’s market, it is clear that an evermore significant amount of economic activity and innovation will take place here. This was all the more reason for the Frankfurt School Part-Time MBA class of 2019 to look forward to our international module in this magnificent city.

At the core of our stay in Shanghai were lectures at the prestigious CEIBS. The hospitality of our hosts cannot be overstated and made the jetlagged group of Frankfurt School MBA candidates feel more than welcome. The history of this young business school’s development towards its current state of excellence offered a vibrant example of the rapid rise of China and its overarching goal to be at the forefront of developments. The engaging learning environment and the generous layout of the campus made the learning process comfortable and rewarding for us.

The subject of the daily classes ranged from Chinese cultural history, recent political and economic developments, and business customs to entrepreneurship and innovation. The case studies and the approachability of the professors quickly led to in-depth discussions with lasting takeaways for us students. A meet and greet with CEIBS MBA candidates invited networking and the sharing of common experiences.

After having learned about the Chinese economy in theory, it was time to get a first-hand experience. We were invited to visit a plant of SANY Group, a globally active manufacturer of heavy machinery such as excavators and concrete pumps and an exponent of classical heavy industry. To complete our impression of entrepreneurship in action we also visited WECAN’s Robotics Innovation Center in Shanghai’s Zhangjiang Hi-Tech Park.

This being said, a module abroad is never just about the classroom, the case-studies, and strictly academical learning. Experiencing Shanghai also meant experiencing the city itself as much as possible during this week. Strolling through the former French Concession, seeing the famous Yu Garden and enjoying the vast and diverse offerings of Chinese cuisine was another (educational) highlight of our stay. When the night fell over Shanghai, its bars and clubs beckoned.

Shanghai left a profound impression on me. Staggering achievements of the recent past are met by demanding challenges, but also opportunities, in the near future. It seems to be impossible to say through what kind of city the Huangpu will flow in 20 years from now and what kind of lights and advertisements will be reflected upon its waves. What seems certain though is, that both Shanghai and China in general will shape the way that global business is conducted in the near future.