From Brazil To Germany; An International Student At FS
Master in Applied Data Science / 28 January, 2019

From Brazil To Germany; An International Student At FS 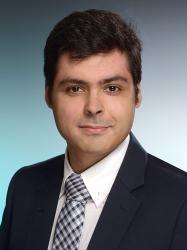 In Brazil when we speak about Germany the first things that come to the people’s minds are ideas such as: beer, Oktoberfest, cars and extremely long words. Generally speaking, it is believed that the Germans drink a lot of beer, are great car manufacturers (which is a fact) and speak an impossible-to-learn-language. Indeed, it seems that people like beer in this land and regarding the language, it is scaring but after you understand the rules, it becomes not so complicated. Besides, Germany became much more popular among Brazilians after the 2014 World Cup. However, one point that is not so known by the people is the organization of the German society.

I have been living in Germany for about a month and I have already realized some situations that are quite different in my country, such as:

Another interesting point is the influence that the German culture has on Brazil. There are cities in southern Brazil where the architecture is typically German and in some places even the traffic signs are written in German. The most famous German-style city in Brazil is called Blumenau and it hosts one of the biggest Oktoberfests outside Germany (and the beer offered is called Eisenbahn). Apart from cultural connections, there are more than 1500 German companies running in Brazil.

As well as placing well in the Business School Rankings, there are numerous reasons to choose Frankfurt School. The master programmes have broad topics during the first semester and a chance of concentrating on a specific field during the second and third semesters. The 3-Day Model is also an advantage, since it allows the students to have classes on only three days a week meaning they can work or follow other activities, such as German classes. However, there are two points that really caught my attention:

Frankfurt School holds and promotes events and meetings with potential employers and gives us the chance to build a network and talk to people who may be on the other side of an interview room in the future. These events are a great way to start a relationship with our target companies. Moreover, our CVs are our business cards when we talk about job searching, and having Frankfurt School on it, is a great asset. The employers rely on the school and on our education, so much that the employment statistics show great numbers.

The city of Frankfurt always ranks as one of the best places regarding quality of life and of course this had a weight on my decision. One thing that positively surprised me is the amount of green areas and parks that we can find in this city. Even though I came from a country which has important forests, the Amazon Rainforest, for instance, in Sao Paulo we probably do not find the same number of green places as we do in Frankfurt.

And finally, Frankfurt is one of the most important cities in terms of business in Europe. The city was already relevant, and it is expected to become even more so after Brexit. According to Financial Times, over the last months at least ten foreign banks decided to move the operations to Frankfurt. Therefore, for those who are looking to build a business career, Frankfurt is the place to be.