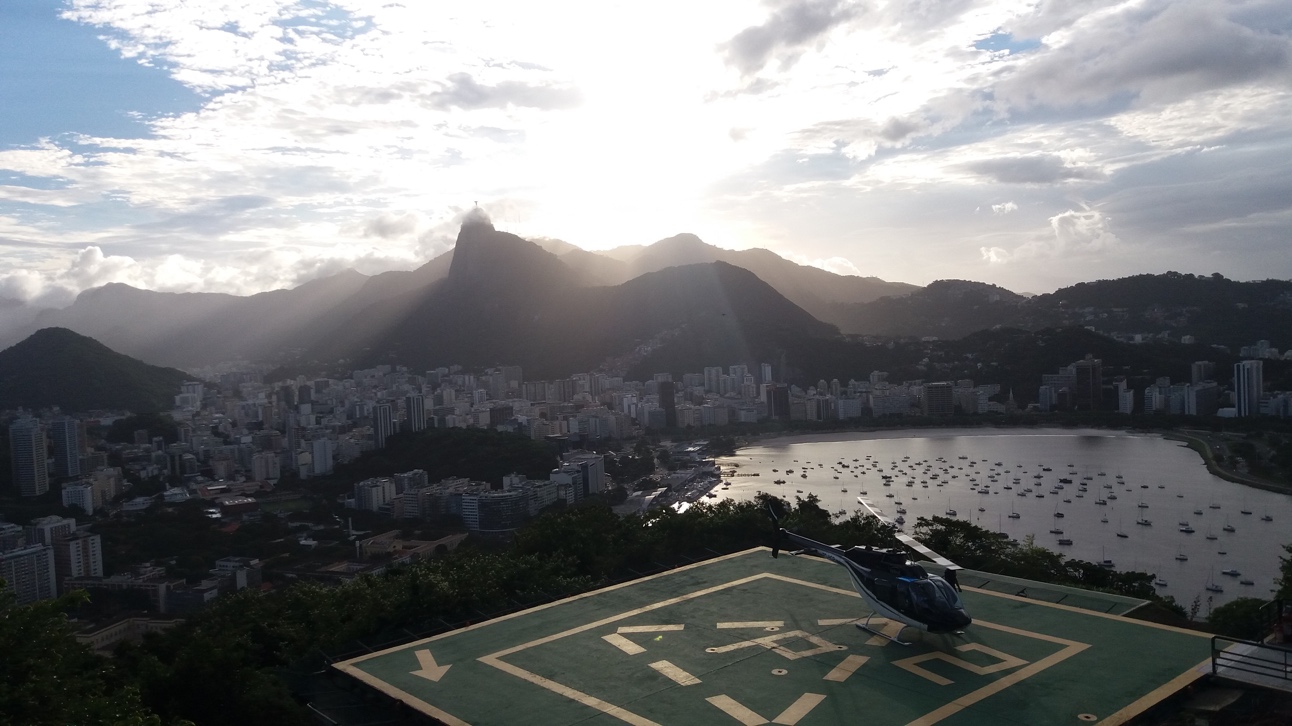 The possibility to do a semester abroad during your Master’s was one of the features that attracted me to Frankfurt School. This is something I consider to be increasingly important and enriching for any young person in today’s world, as it is an excellent opportunity to meet and learn from new cultures and people as well as to travel to new destinations.

My goal was to study in a different continent and my choice ended up being FGV EBAPE in Rio de Janeiro. Being Portuguese, I had always been interested in visiting this city. Moreover, after having had friends who had done their exchange program in South America, I was always curious about living there. I was attracted to its unpredictability and more relaxed way of living in comparison to Europe.

The “Brazilian Bug”, is an expression that refers to a form of fascination for the country, experienced by most people who go to Brazil. It derives from a collection of experiences throughout your stay, including tasting the local food (like the carbs-loaded feijoada or the sugary super-fruit, açaí), being able to enjoy warm weather all year-round, sun-bathing at beautiful beaches and living in a privileged geographic area, with the Tijuca forest enveloping the city. This means that there are plenty of day-hikes available and a lot of green areas.

It’s difficult not to get “infected” by this bug. However, this is still a city in South America, and there are certain measures one should take in order to feel at ease when venturing around. This includes not wearing jewelry, watches, or anything that can make you “shine” a bit too brightly for some people. The trick is to try and pass as a local as much as possible. For that reason, embrace the Carioca lifestyle as soon as you get there, which implies wearing swim shorts and flip-flops all the time. It also helps a lot if you have a grasp of some basic Portuguese or at least Spanish.

All in all, I am very happy with my decision of coming to Rio. It’s a city that has a lot to offer in terms of activities such as the already mentioned day-hikes in the hills that surround the city, offering unbelievable viewpoints. In addition, Rio boasts one of the new seven wonders of the world; the Christ the Redeemer statue. There is also the Sugar-Loaf, the Real Gabinete Português de Leitura, which holds the first edition of one of the most important books of Portuguese literature, Os Lusíadas, by Luiz Vaz de Camões. Rio holds an amazing Carnaval, which is a whole week of partying where the entire city transforms into a gigantic parade of costume dressing and Samba dancing. Travelling to nearby villages is also highly recommended, especially Paraty, Búzios and Ilha Grande.

The Brazilian Bug seems to have worked on me; even though the country faces some political and economic turmoil, I am very positive about its future. If you are undecided about studying in Rio or Brazil, I would say to you that the good overcomes the bad. You will meet amazing people and become a part of a very open and friendly culture, as well as enjoy a great nightlife scene.