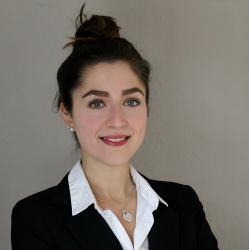 From the 12th to the 14th of April, 162 students from the Master of Finance Intake 2017 and four staff members from Frankfurt School took a three-day trip to Luxembourg as part of the module Responsible Management in Finance.

The weather god was probably on our side: We left Frankfurt in the pouring rain and arrived after a four hours’ drive in Luxemburg with the sun shining and excellent weather conditions! With the support of our partner, the event agentur fazinatour, the students were placed into small groups to take part in a scavenger hunt through Luxembourg. Here they were able to explore the beautiful city, learn about some of its history, participate in practical team building exercises, and get to know Luxembourg as an international finance hub. By the way, of course it was the aim of the rally to save as much “thaler” as possible – again a very good preparation for our up-coming financial experts!

Additionally, two guest speakers were invited to speak at the Offsite; Mr. Sasha Braemer, Business Development Advisor for Luxembourg for Finance and Mr. Nasir Zubairi, CEO for the Luxembourg House of Financial Technology. It was on them to position Luxembourg as a place for the students to pursue their careers and they also shared a bit about their career path and how it led them to where they are. After an interactive open Question & Answer Session the presenting joined the students for drinks in the hostel bar for several hours. Later that evening, three students also participated in a Frankfurt School Alumni event and were able to network with former FS students who now work in Luxembourg.

To introduce the topic of Sustainability in Finance, Professor Hakan Lucius held a lecture and case study on the second day. In parallel there were again team-building exercises with the coaches from fazinatour reflecting on such topics as: How to deal with conflicts and tensions in a group dynamic? As a highlight at the end of the day, the students participated in a group activity where they built an impressive (and functional!) aqueduct from various building materials. The rest of the evening was at their free disposal which some students used to get to know the local night-life.

The last stop on Friday morning before returning to Frankfurt was a visit at the European Investment Bank. A presentation there demonstrated Luxembourg’s great role as the Eurozone’s leading financial center and determined it’s as a strategic EU location with easy access to important capitals.