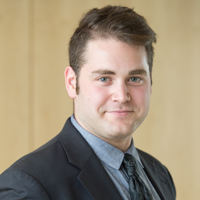 More Blog Posts
What is it like to study abroad in Australia?
Bachelor of Science / 15 June, 2020
How a Master thesis can get you the right job
Master in Management / 14 May, 2020
3 good reasons why you should apply to a business challenge at least once
Awards / 20 April, 2020

So, “Leadership Camp”—what exactly is that? I only knew, that we were driving into the woods (and of all places to Bavaria, which I as an American lovingly refer to as the ‘Texas of Germany’) and would spend the weekend together. “We” being me and the 46 other students from 22 different countries, who all recently moved to Frankfurt, to study for our MBA at the Frankfurt School. 46 people that I just met the previous day. Together. In the woods. In Bavaria. What could one expect?
Actually one can expect quite a bit—no, quite a great deal! The entire weekend there were team-building exercises, where we had the change to work together with different fellow students.
We arrived, checked in and met up in a seminar room. Then we were told we would be doing team building exercises. What is that exactly? Trust falls? Sounded boring. Booo…
But luckily it was completely different than my expectations! The assignments were actually really interesting, and instead of just letting ourselves fall and hoping the others remembered to put out their arms, we had to all think together in order to solve problems. But we had so much fun in doing so that we hardly even noticed! After every exercise we would all come back together and discuss our experience—what was good, what could have been better, etc. Then, after a break – with coffee and cake, of course ; ) – it was on to the next activity.

I was already getting the feeling that we were coming together as a group. But the moment, where this became completely clear was on the last day of the leadership camp. We got an assignment that sounded completely infeasible—we were split into five different groups and went into the woods. Then every group had to walk from a particular tree to another common tree and then all five groups together had to walk to yet another tree. Sounded easy enough, right? But we had to do it blindfolded. Um… wait, WHAT?! Surely no one can achieve that!
En contraire— we did it! And the main reason was because we now saw ourselves as a team. If we had attempted this on the first day, we most likely wouldn’t have been successful. But seeing that we knew each other better and understood one another, it actually went fairly smoothly.
Success must also be celebrated, and that’s exactly what we did! It’s been a while since I was amongst such a great group of people. And I haven’t laughed that hard in a very long time.

The drive back to Frankfurt was completely different as the ride out to Bavaria. First of all, I was incredibly tired! But more importantly, we were no longer a bunch of strangers. We were now a team, good friends, and even sort of family. Of course it was just one weekend and we will get to know each other even better in the coming months, but after this weekend I am even more excited to be at the Frankfurt School—I get to spend my studies with such amazing people!