The Central Bank Digital Currency will change everything – Maybe.
Executive Education / 12 May 2022

The Central Bank Digital Currency will change everything – Maybe. 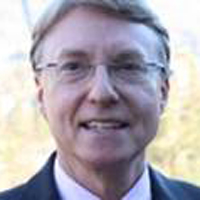 Joachim Bald
Expert in Treasury and Risk Management
Dr. Joachim Bald is Frankfurt School’s most senior international advisor and a recognized expert in Treasury and Risk Management for banking and microfinance. He serves as lead consultant and trainer at the Frankfurt School Competence Center in Risk Management and regularly manages complex implementation assignments in Eastern Europe, Asia and Africa. Dr. Bald is a Member of the Board of Directors at Bai Tushum Bank, Kyrgyzstan and at KMF – Kazakhstan, the leading microfinance institution in Central Asia.

A few weeks ago, as I was visiting the Frankfurt School campus and swiping my contactless bank card to pay for a sandwich in the cafeteria, I thought to myself, please, the digital euro cannot come soon enough and finally take the Germans into the 21st century. I can’t wait to show my parents, who are going on 90, where to find the central bank digital currency on their Ipad, after explaining again that it is ok to not pay the 100 euros late fee to this Mr. Norton, who keeps insisting they are unprotected.

But the digital central bank currency is coming. Unstoppable. The Chinese are already running extensive pilots with the digital Yuan and all major central banks have published position papers.

The point is to replace or gradually supersede physical bills and coins, which are costly to handle and are prone to facilitating tax evasion and other criminal activity. It must also not be lost on monetary authorities that eliminating printing and minting costs will surely maximize their seigniorage. Meaning, the entity that puts the digital legal tender into circulation gets to spend it first, for free.

Wait before you order 100 Nvidia graphics cards to get in on the digital euro. Official digital currencies will not be mined in decentralised networks. They are issued as digital bearer tokens representing a central bank liability. This could be implemented in a private permissioned blockchain, where licensed commercial banks run the full nodes and average mortals hold the tokens in a mobile wallet.

You may have already seen the concept of a digital bearer token in the 1990s. This was encrypted offline commercial bank money that you could load onto your maestro bank card chip at every ATM. This time, what is different is that your bank cannot default on your lunch money in a bankruptcy. That is because the digital euro – just like the paper euro – is a claim against the central bank. Why exactly that should be a priority, when the big money in your pension fund is invested in Tesla and Wirecard stock, is not entirely clear.

What ordinary citizens value about paper money is privacy, simplicity and robust off-line performance during natural disasters and crisis situations. Official digital currencies must try to square this circle by offering the anonymity of a bearer token, while at the same time enforcing some kind of per person limits and traceability, such that the digital currency does not become the mother of all darknet money. The Chinese Digital Yuan design manages these conflicting objectives with transaction anonymity at the front end combined with back doors for law enforcement and state security services. Good luck to Jason Bourne going deep undercover in China.

The cryptographic security question looms large. The private keys with which to create unlimited amounts of ECB tokens must be every hacker’s holy grail. These keys are the digital version of the original engraved plates and printing machines for the 100 dollar note that the Syrian Army supposedly got hold of in the late 1980s.

What Will be Left for Traditional Banks?

What changes for the commercial bank business model in this new age of central bank accounts for everyone? Not much. Clients can deposit digital euros in bank accounts just like paper bills. Banks would still be allowed to lend, create commercial bank money and run a fractional reserve model as before. But there is also an interesting emerging markets story here. Could this be the end of weak emerging market currencies and put euroisation/dollarisation into overdrive? Why hide dollar bills under the mattress or cross the border with 500 euro notes in your socks, when everyone, everywhere, can have ECB bearer tokens on their smartphone?

A Good Solution for Markets in Crisis?

Cryptographic central bank tokens could work well in hyperinflationary environments, where the local currency is discredited and the country has reverted to inefficient transactions in physical USD or EUR cash. Take Lebanon, for example. The Lebanese professional class with foreign connections already transact locally using their off-shore accounts and credit cards. Consider releasing foreign aid to the majority of Lebanese who do not have off-shore accounts, using dollar or euro crypto tokens backed by the central bank or a reputable foreign commercial bank. This could unleash an economic miracle, in a country full of entrepreneurial talent but saddled with poor political governance.

The proliferation of digital finance technologies, as well as climate change risks and the growing scrutiny of AML issues, present additional challenges that risk managers need to manage proactively. The FS Summer Academy will take place again this year from 11-15 July. Learn from the experts with the specialised Risk Management & Debt Recovery Track.