SEMESTER ABROAD
My Semester Abroad: Why You Should Choose Brazil
Bachelor / 17 February, 2016 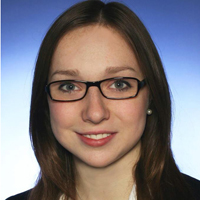 Where do you want to spend your semester abroad? Are you looking for an adventure, great people and sun all year around? Then Brazil is exactly the country you have been looking for! First of all, where to go? Brazil is even bigger than Europe and besides the two partner institutions of Frankfurt School there are 102 more universities to choose from. I decided to go as a freemover to the Federal University of Espirito Santo (UFES) in Vitoria. UFES is a public university and, thus, there is no tuition fee. While there are lots of exchange students in Rio and Sao Paulo, the number of foreigners at smaller universities is limited and it is easier to get to know locals. The contact with the university could be easily established through e-mail and after sending some documents I was admitted for the first semester of 2015. Another advantage in smaller cities are low crime rates. I felt a lot safer in Vitória than while visiting Rio de Janeiro. Generally, when bearing some simple tips in mind, there is nothing to worry about. I was told to leave my phone in my bag when outside, always take the taxi home after midnight and not to leave my bag unattended. The horror stories your friends will tell you about every crime ever committed in South America are not what happens in daily life. Now you might think: But I don’t even speak Spanish! Lucky you, Brazilians speak Portuguese! You don’t speak that either? Well, neither did I when I arrived. Fortunately, Portuguese is an easy language to learn and Brazilians are infinitely patient with foreigners. They often don’t speak good English, so I was forced to communicate in Portuguese and soon started to pick up the most important words and grammar. After five months I was able to speak fluently.

Of course, the first weeks were difficult and filled with worries. I was sitting in lectures where I didn’t understand a word and was trying to ask for certain items in the supermarket without being able to express myself. But every week I could see a little progress until eventually I was able to write my finals in Portuguese. What a triumph over my doubts along the way. If I have learned one thing in Brazil, then that things will always work out – somehow. This discovery that everything will work in the end describes the Brazilian spirit so well that there is even a Portuguese expression for it: Jeitinho Brasileiro. The professors will happily talk to you for an hour after class to explain everything from the lecture in slow Portuguese or English, the employees at the supermarket will communicate with hands and feet in order to understand what you want and the other students will tell you that they are currently getting their passport to visit you in Germany – after knowing you for one week. Getting to know the locals will definitely be the highlight of your stay and they will be happy to stay in contact with you.

Overall, going to Brazil is an adventure because the culture is so different from ours (when you think you are running late, you will still be the first one to show up), organizing is not their strength and communication will be difficult in the beginning. Nevertheless, the experience is absolutely worthwhile and every difficulty can be overcome because Brazilians will be happy to be your friends, show you around and help you wherever they can. When departing from Brazil you will only have one word in mind: Saudade! A Portuguese word describing a longing that cannot be expressed with English words.