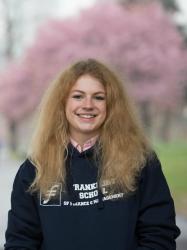 … But maybe not everything.

I began my first semester at the Frankfurt School in September 2015 with high expectations. It was marked by many learning experiences, highly concentrated lectures and numerous non-university events, and now that it is over, I look back with satisfaction. Two weeks ago I was standing as ambassador before the Bachelor candidates for 2016 and I could still remember my Assessment Center quite clearly. It was  in April and the starting point of my experiences of the last six months. I had never been so nervous, and when we got to the point of being introduced to the initiatives of FS, I was very far from a “done and relax now” mentality. At that time, just 9 months ago, some candidates were called in as a group to be informed about their day’s results. Others (like me and some companions) were sitting nervously in the main auditorium for a very long time until they were called individually to the feedback session. On getting the acceptance, my nervousness melted away and I was able to complete my oral Abitur examinations with a calm attitude. In spite of the fact that the Assessment Center was ultimately successful, I would have liked to know some things I learned that day in advance.

1) Timing: Although it sounds like THE most basic thing, a misjudgement of time in the first test makes for an unpleasant start. When they say “2 more minutes,” you don’t want to find that you still have another 12 questions to answer.

2) Clothing: Many people I spoke to afterwards felt underdressed or became more uncertain with their outfit choice throughout the day. Comfortable and suitable clothes are important, but if you feel as if you don’t fit in, it automatically becomes more difficult to convince your interview partner otherwise. If need be, it’s better to be slightly overdressed.

3) Try to understand the process: “… how will the selection committee compare our knowledge with those who already have bank training behind them” was what I heard during the day, and not just once. Fact is, both people who came directly from their Abitur, as well as those who have had a one-year break or already had job experience, were accepted. 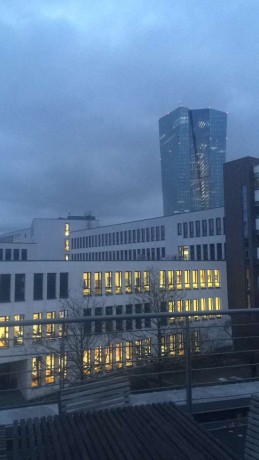 When I reflect on the first semester, the title is an apt description.  “You can do anything” (but not everything). In the second week, you’ll have to decide which initiatives kick-off to visit that evening, and you’ll realize that the study by no means consists only of lectures and learning. Even though you’ll want to participate in many things, there are only 24 hours in a day. Whether it’s presentations by representatives from politics and business, social engagements, student consulting or sports, the opportunities are numerous and are just asking to be taken. Outside FS, working student activities, sports events or the 25th anniversary celebration of German unity were waiting in Frankfurt.

It is no secret that business studies are math-heavy. There were no language courses, although we were told there would be from the 1st semester, which is why I missed the components language and writing. An initiative which combines both and which I have wanted to join since my application was a good alternative. FS Model United Nations offers its participants the opportunity to take part in a simulation of the United Nations conferences. The particular highlight is that this takes place in New York City, and the closing ceremony is even held in the United Nations Headquarters.

Preparations are in full swing at the moment. Each delegate writes position papers that reflect the views of the country to be represented (for us this year, Japan) in the selected committee. At the end of March we will all be in New York, working with over 5000 participants from around the world to create resolutions to current problems in the fields of health, human rights, cooperation and shaping the 21st century. I am very curious as to what I’ll experience during the rest of my studies, as the first semester alone offered an overwhelming number of opportunities. More than anyone could have made use of. As much as you may want it: “anything, not everything!”